Players that wish to be placed on one of the Eastview Thunder Baseball teams shall participate in a tryout process which will take place on May 2, 2020. Evaluators, including members of the Eastview High School coaching staff, Thunder coaches and some Thunder Board members will evaluate each player’s baseball skills, current playing position(s), and the player’s age to determine which team each player will be placed on for the 2020 season.  The evaluation of a player’s baseball skills is based on the 2020 high school season, their EVAA, EVHS and Thunder baseball careers, and their 2020 Thunder tryouts.

The Eastview Thunder Baseball Program has high expectations and goals for all their teams.  We can only reach these goals with your help and commitment to the program. The Board and the Program seeks and requires your support, commitment and volunteer help throughout the year.

Our mission is to assist athletes in developing advanced baseball skills and provide the opportunity to compete with other players of similar abilities.  Our objectives are to provide an organized summer baseball program for Eastview attendance area players that will:

Thunder Baseball requires a significant time commitment from players, coaches and parents from late May through early August.  There are approximately 16 - 20 league / non-conference games, 3 - 4 weekend tournaments, District, State and National Tournament opportunities.  Every player’s presence is important and each player is expected to attend all practices, league games and tournament games. Unexcused absences may result in a reduction of playing time.

Any player that participates in the tryouts for the Thunder program is expected to be fully committed to the team which he is selected to play on for the season.  If selected and placed on a team, a player is expected, absent permission from the head coach, to attend and participate in all games and practices. Players shall not be allowed to play for other baseball teams during the Thunder season unless he has obtained express permission from the head coach of his Thunder team to play for another team.  Any player who elects to play for another team during the Thunder baseball season, without the express permission of his coach, can, at the coaches' discretion, be removed from the team.

Even with the revenue received in connection with fundraising events, we do not receive the level of revenue necessary to fund the program.  As such, a Program Fee is required from each player. The Program Fee for the 2019 season is expected to be as follows:

While our goal is to keep the Program Fees for each level at this same amount, there is no guarantee that the fees will remain the same from year to year.

Pre-Registration:  Due April 19, 2020 -  $100 per player. Registration after 4/19/2020 is $125.  NOTE: $100 of the registration fee is subtracted from the total fee after tryouts are completed and teams determined. Pre-Registration fees are our tryout fees. Once registered and committed to trying out for the Thunder program these fees are not refundable. (Exceptions are players that do not make a team and/or players injured and unable to play before season starts).  Thus, any player pre-registered by April 19, 2020 who decides not to tryout does not get a refund. The pre-registration form can be completed online here. Payment can be remitted electronically via Venmo, PayPal, or Zelle (to Joni Hagebock/hagebock825@gmaill.com or 952-818-9645) or mailed directly to Chad Schmitt, 13621 Duluth Drive, Apple Valley, MN 55124.

Each player must provide the following:

The Thunder Program will provide the following:

The birth date cut off for 16’s/Jr. Legion and Legion teams is January 1, 2020.  The age of the player on that date will determine the team they are eligible to play on for the upcoming season.  The proper age for each team is as follows:

A player is eligible to participate on an Eastview Thunder Junior Legion or Legion team if they meet the following criteria:

A player will qualify as a “Super Senior” and be eligible to play on the Eastview Thunder Legion team if they meet the following criteria:

Any Sophomore or Junior who chooses to play for an alternative "summer baseball team/program" in lieu of a Thunder Program Team from June 1 - August 10 of the current year will be ineligible to participate on a Thunder Team in future years.  Said players may submit a formal petition to the Eastview Thunder Board to regain eligibility. All petitions will undergo a formal review process in which a majority vote approval from the following two groups must be secured to grant eligibility:  Thunder Board and Current Thunder Coaching Staff. Petition deadline date for players that desire to play Thunder baseball in 2019 is January 18. Decisions on the eligibility of petitioning players will be made by March 15, 2020.

Tryouts will take place on Saturday,  May 2, 2019 9:00 a.m. at the Varsity Field at Eastview High School.  If there is bad weather, the backup date is Sunday, May 3. If we are unable to use the fields, the tryouts will take place in the Eastview High School Main Gym.  A player’s baseball skills, current playing position(s) and the player’s age will be evaluated by the Eastview High School coaching staff, Thunder coaches and certain Thunder board members to determine which team the player will be placed on for the 2020 season.  A player’s baseball skills will be determined based on their performance during the 2020 High School season, their EVAA, EVHS and Thunder baseball career, and the 2020 Thunder tryouts. Team selections and written notification will be given to each player with-in one week of tryouts.  If registered players that try out are not placed on a team our Board will attempt to assist in finding possible playing/team alternatives.

Every player’s presence is important and is expected.  Unless otherwise exempted by the coach, all players are expected to attend all practices, league games and tournament games.  Excused absences will be granted for school and religious events; however, it is expected that the coach will be notified in advance of such events.  Unexcused absences may result in a reduction of playing time.

Once a team is selected, a coach cannot replace a team member solely because of lack of skills.  A player may be released or suspended for the following specific reasons:

Before requesting the removal of a player, the coach must discuss the situation with the Program Director and the player’s parent(s) and attempt to correct the situation.  The discussion should include an objective description of the behavior and the intended discipline. If this fails to correct the situation, the coach must provide written documentation to the Eastview Thunder Baseball Board and a decision from the Board to remove the player will occur in less than 48 hours.

There is no minimum playing time requirement for any team in the Thunder Program.  Pitcher restrictions will be governed according to league rules, which includes both league and tournament games.  Playing time is not guaranteed at any level, however, the coach will balance the need to develop a player’s skills versus the competitive nature of Thunder program in determining playing time for each player on the roster.

All coaches will be interviewed, selected and hired by the Eastview Thunder Baseball Board.

Removal of a team coach is a very serious situation and must be dealt with in a fair and open manner.  Coaches may be removed for the following reasons:

Any coach removed from league or tournament games will automatically receive a one game suspension.  A suspension means that a coach cannot attend the next scheduled game either as a coach or a spectator.  If a coach is removed a second time during the season, he will receive a minimum two game suspension AND will meet before the Eastview Thunder Baseball Board.  The Eastview Thunder Baseball Board will decide on the coach’s future involvement in the program.

The highest standards of sportsmanship will be expected from the players, parents, coaches, umpires and spectators.  Conduct that will not be tolerated includes verbal abuse, tantrum-like acts, profanity, physical aggression on or off the field and acts intended to cheat the spirit of the rules or to intimidate the umpires.  Umpires may use their discretion whether to issue a warning or to immediately eject the violator (coach, player or spectator) from the game. The umpires and/or coaches are responsible for reporting all incidents to the Eastview Thunder Baseball Board.  Subsequent violations may result in suspension from play and/or attendance.

If a parent or player has a problem with the performance of an umpire, he/she should direct his/her concerns to the team’s coach.  The coach represents the Eastview Thunder Baseball Program and should be the only person communicating with the umpires. One of the objectives of the program is to teach respect for the officials and the proper procedure for dealing with any problems with the umpires.

Unless playing in the field, at bat, on base, on deck or coaching, all players shall remain on the bench.  It is mandatory that each batter, on deck player, runner, player in a coach’s box or person on the field wear a batting helmet that meets NOCSAE standards.  Spectators are restricted to the areas that are “out of play” and away from the benches

In case of inclement weather, the coach will determine if there will be a practice.  At games, the home team’s coach is responsible for determining whether the game will be started.  Once play begins, the umpire is responsible for determining whether play should be halted. In all cases, unless you receive a call from your team’s coach, you should appear at the site of the game or practice as scheduled.  Weather conditions can vary widely even over short distances, so our policy is to make the decision at the field site. Games and practices will be suspended when lightning is visible.

A player or coach who is bleeding or who has an open wound shall be prohibited from participating in the game until appropriate treatment has been administered.  If medical care or treatment cannot be administered in a reasonable amount of time, the individual will have to leave the game (The length of time considered reasonable shall be in the umpire’s judgment).  Once the bleeding has been stopped, the player or coach may re-enter the game. If there is a substantial amount of blood on the uniform, it must be cleaned before that individual may participate.

The Eastview Thunder Baseball Board mandates that all players/coaches/parents participating in a Legion or 16s/Jr. Legion baseball activity (practice, scrimmage or game) should refrain from the use of tobacco, alcohol and/or a controlled substance.

It shall be a violation of this policy for a player/coach, while participating in a youth baseball activity, to use tobacco, a beverage containing alcohol or use or consume, have in possession, buy, sell or give away tobacco, alcohol or any controlled substance.  Once a violation has been brought to the Board’s attention and a decision has been made, the player/coach will be informed of his/her ineligibility by a written letter from the Eastview Thunder Baseball Board.

No tobacco, alcohol or controlled substances are allowed on District 196 property.

When a player or parent has a major concern about the handling of the team or an individual player, they should:

If the problem persists or cannot be resolved between the player/parent and the coach, it should be brought to the attention of the Program Director.  At this time, the Program Director will act as a mediator between the player/parent and the coach. All parties involved will meet to discuss the situation and come to a solution.

The coach is a teacher of baseball skills, a manager of the functions necessary to run a team and is responsible for the social, psychological and physical development of all players in his/her care.  The coach is accountable to the players, the parents and the Eastview Thunder Baseball Board. 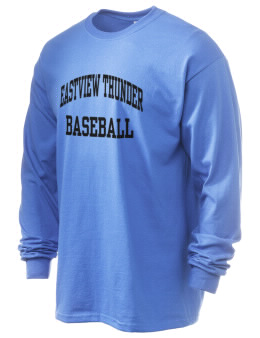