The Jays are coming off their second consecutive provincial championship.  It'll be interesting to see if this young squad can rebound after losing multiple strong seniors, who were league allstars.  Robbie Lidar (SS) , Ryan Graves (3B), Justin Nolls (P), and Linden Barrett (C) all graduaded after being named league allstars.  Nick Rosch (P), and Carson Leume (P), also gradued and will play for the VIBI in the CCBC.  Since the start of the program 3 years ago, the jays have sent 15 players to play collegiete baseball.  Here is a look at team this upcoming season.

The Jays have some strong returning players from last years provinical team:

Mitch Kermer has patrolled the outfield for both provincial winning teams.  The senior will start in center and is looking to end his Jays career with a bang.  He hit .346 last year with 38 stolen bases, a catergory he lead the league in.

Ryder Cassels will take over for recent graduade Robbie Lidar and start at SS.  The sophmore hit .425 in the final 12 games of the year to end his season with a .241 avg.  Ryan Moore looks to rebound off a great rookie season where he hit .295, he will take over the catching duties this season.  Bryan Cole and Derrick O'Dell both return and will see the outfield and DH roles between the two.  Jared Poulis, Donny Rovingten, and Mattias Dunlev are also returning.  Jared will see some time at third, Donny in the outfield, and Mattias will play middle infield.  All 3 should see lots of time on the bump for the team.

The Jays welcome Cody Derrick a grade 12 who played last season with the Whalley Chiefs.  Cody will play lots of first base and see some innings in Left Field.  He brings a big bat, something the team will miss with the loses of Graves and Lidar.

Luke Braus, a grade 11 joins the team.  He played Midget AAA for South Fraser a season ago.  His brother Bradley will be the starting RF.  The rookie is coming of a season where he slashed a .467 avg, 9 homeruns, and 27 stolen bases in Bantam AAA.  Jordan Mitchell will be the backup catcher, hes an athletic kid who could play anywhere on the diamond, and has a good bat.  Jesse Drevich is a third basemen, who will get an oppertunity to pitch (Closer for the Bantam AAA team last season).  Bryan Evilo will compete for the starting 2nd base job, the winner will most likely backup Cassels at short.

The Ace:
Every team has their ace.  2 years ago Tyson Lasch was that guy for the Jays, which got him a full ride down at Colorado Mesa, last season it was lefty Justin Nolls.  This season the Jays will call on grade 11 Justin Keeves to be their guy.  Keeves owned a 9-3 record with a 3.95 era last season.  His fast ball sits in the 80-83 range, with a good slider, and a very good changeup.

#2:
The Jays #2 guy is new comer Grayson Coates.  Grayson is a senior who pitched for the BCPBL's Coquitlam Reds last season.  His fastball sits 79-82, with an excellent curve, and a fairly respectable changeup.  Between him and Keeves, the Jays will have 2 very solid starters for Saturday double headers all season.

#3:
Jeremy Lane a grade 10 will be the guy they call on for game 1 Sundays.  Lane was the most dominant thrower in Bantam AAA a year ago, he owned a 13-1 record with a 1.64 era.  He's a strikeout pitcher, who has excellent command.  His fastball sits 78-81, he posses a great slider, a 12-6 curve, and a changeup.  He throws all 4 pitches for strikes, which is impressive for a 16 year old.  There is a solid possibility the rookie could be their best pitcher come year end.

#4:
The first 3 pitchers were locks in the rotation, for skipper John Trashin.  The 4 spot was the one up for grabs.  The battle was between pitcher/middle infielders Ryder Cassels and Mattias Dunlev.  Weekends will come to a close, with Ryder Cassels taking the hill.  Cassels through well for the Jays in relief last year.  The grade 11 sits 75-78 with his fastball, has a good slider, and changeup.  He relies heaily on his sinking fastball to get groundball outs.

Mattias Dunlev and Donny Rovingten are the long relief options out of the bullpen.  Both will pitch in tight games as well.  Jared Poulis will be a setup man and Jesse Drevich will most likely be the teams closer.  The Jays don't have the pitching depth, they had a season ago but they have a few players that they have been working with on the mound.  Derrick O'Dell, Bryan Evilio, and Bradley Braus all could be options as well. 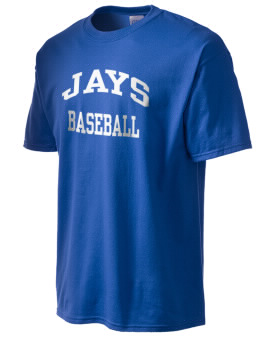