The Angels' first game at the Optimist Junior League home park featured two nine-man rosters competing in in the soft grass and summer sunshine. Starter Ayden Gelowitz matched up against the Pirates' Luke Krupski. The game started with a bang as lead-off Austin Dundas cracked a 3-1 offering over the centre fielder and raced around the bases for a stand-up triple. Gelowitz gave himself a 2-0 cushion with a single that cashed in Jake Hesselink, who had earned a walk and a steal. The runs held until the bottom of the Third when Nick Leslie and Ty Arnold plated for the Pirates in the first of two Angels mishaps in the game. With two out, a passed Ball Four brought home Leslie, the throw to the plate ricocheting off his cleat and allowing Arnold to steal home on the play. The Angels countered with two runs in the Fourth, with Troy Treslan (3-3, BB) singling and scoring on a Jaxon Blaus double. Blaus would score on a double bagger from catcher Jake Vorreiter. Pirate pitching - Donovan Hall and Austin Punga -- clipped the Angels' wings for the remainder. The Pirates would tie it up in the bottom of the Fifth: after loading the bases with one out, an attempted inning-ending double play found its way into the visitors' dugout  and became as good as a ground-rule double. Ty Arnold knocked in the winning runs in the bottom of the Sixth, plating Punga and Leslie with a solid triple to centre-left. Final score: Pirates 6 Angels 2. 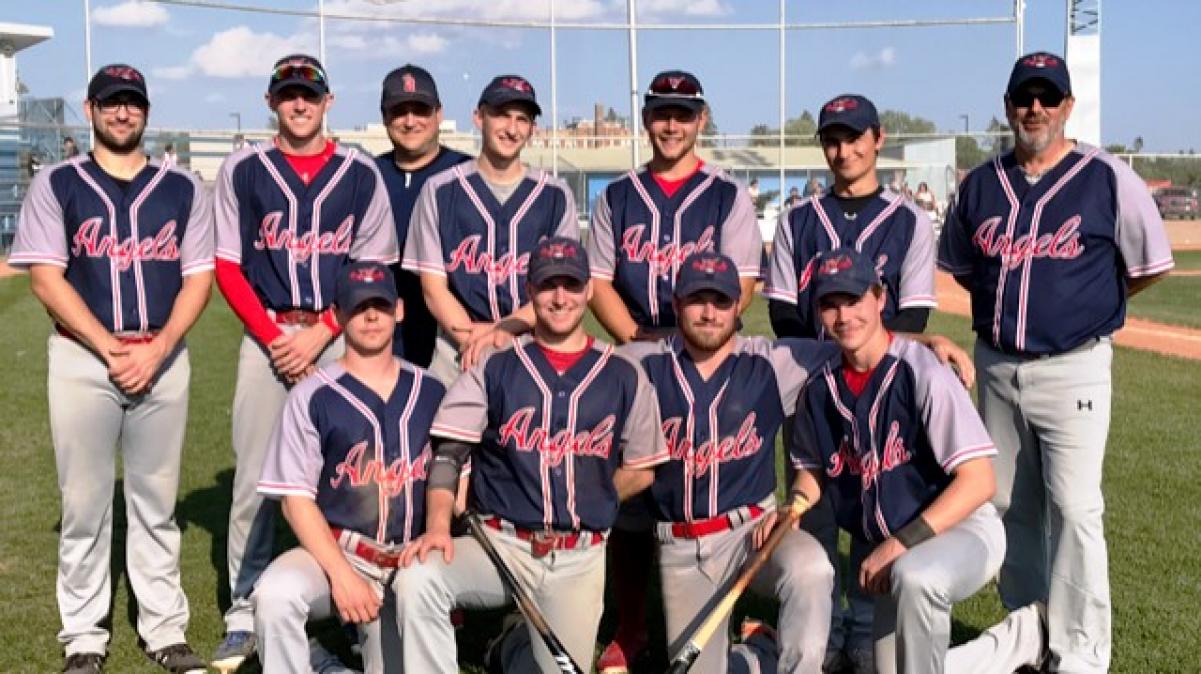