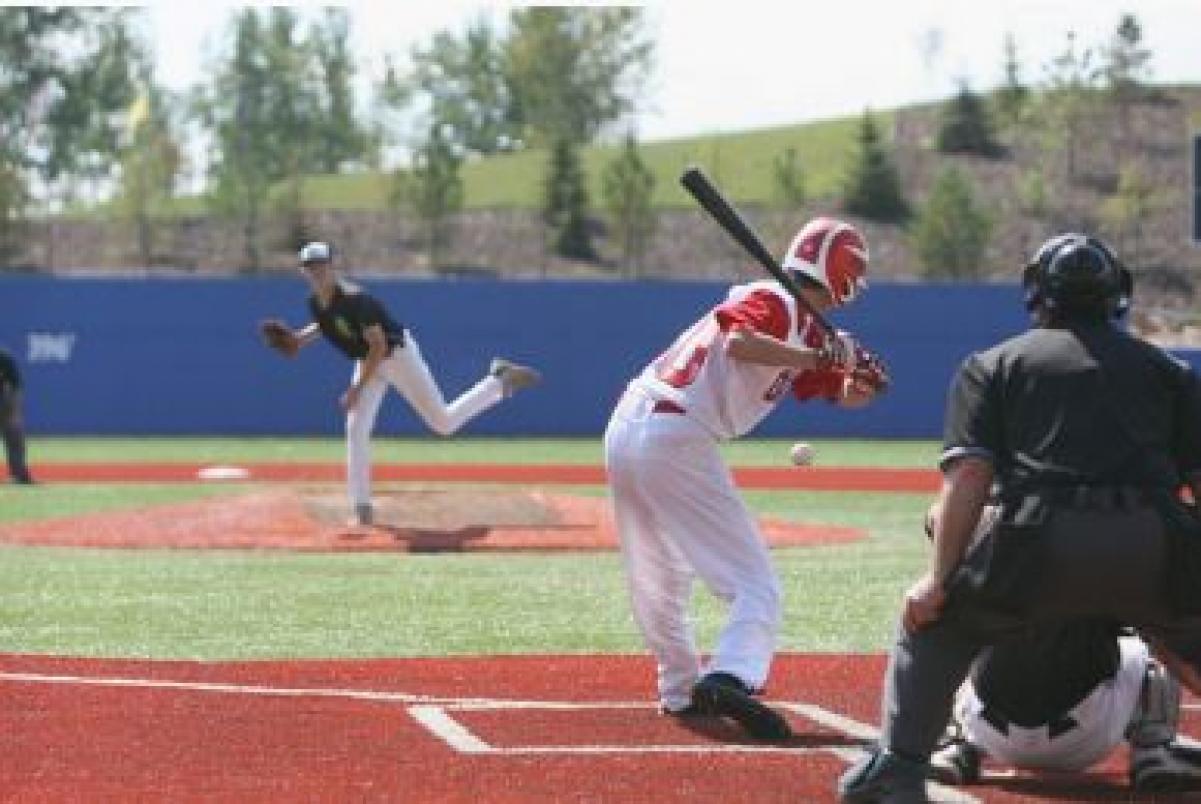 Ottawa, ON – The competition continued on Thursday in Fort McMurray, AB as 7 more games were played at Shell Place and Ross Hennigar Park. British Columbia and Ontario are now tied for 1st place in Pool A, both with 2-1 records, while Newfoundland now sits atop Pool B as the only team to remain undefeated in the event with a 3-0 record.

Québec 10 PEI 2
Québec built a 6-0 lead after three innings and never looked back as they cruised to a 10-2 win over PEI to improve their record to 1-1. A balanced attack that saw seven different players drive in runs, while Pierre Olivier-Avoine (Gatineau, QC) and Xavier Leduc (Boucherville, QC) were solid on the mound. Québec used their legs to swipe 13 bases including three apiece from Remi Patry (Gatineau, QC) and Edouard Julien (Québec, QC).
Manitoba 6 New Brunswick 5
Manitoba scored five unanswered runs in the bottom of the fifth and it was John Patmore (Pipestone, MB) who came up with the big blow as his bases loaded triple scored three. Pat more also came up with the win on the mound after three innings of work on the mound where he gave up one run on three hits and two walks to go along with two strikeouts. Dominic Tardif (Dieppe, NB) and Benn Carson (Hillsborough, NB) each collect a pair of hits including a double in the loss.

Saskatchewan’s 5-run inning to tie the game in the top of the 6th wasn’t quite enough to get the win as Ontario’s Kai Harris (Toronto, ON) scored in the bottom of the 9th to end the ball game. Reliever Nathan Zimmerman (Waterdown, ON) earned the win holding the opposition to only 2 and 1 run over 4 innings on the mound. Saskatchewan’s reliever Dylan Bells (Regina, SK) tossed 4 scoreless innings and struck out 4 while outfielder Danny Berg (Saskatoon, SK) added 2 hits to the scoresheet in the losing effort. Ontario’s offense came together in the win with 8 different players picking up a hit.

British Columbia’s 3-run first inning set the tone for the game as they went on to defeat the hometown favourites. Steven Moretto (Burnaby, BC) picked up 3 hits in the game while Rhys Cratty (Langley, BC) went 2 for 4 and drove in 2 runs in the win. Soren Graversen (Calgary, AB) hit a 2-run homer in the top of the 7th to cut BC’s lead to 3, but Alberta couldn’t quite complete the comeback. Starting pitcher Liam Kruse (Victoria, BC) earned the win striking out 6 over 4 innings of work and holding the opposition to only 1 run.

Joey Hagen (Dartmouth, NS) tossed a complete game limiting PEI to 2 runs on 3 hits to earn the win. PEI’s starting pitcher Ethan Francis (Miscouche, PE) was handed the loss despite striking out 6 over 6 innings. Dyton Blackett (Canning, NS) hit a solo home run in the top of the 2ndto contribute offensively while Bryce Davis doubled and later came around to score what ended up being the winning run in the top of the 6th.

Edouard Savoie (St Eustache, QC) put up a dominant performance at the plate going 3 for 4 and driving in 2 runs in the contest. Marc-Antoine Lebreux also contributed offensively adding a double and a triple to the scoresheet. Craig Oliver singled in the top of the 7th to drive in New Brunswick’s 2 runs and do some damage to Québec’s lead, but couldn’t make up the difference. Starting pitcher Conor Angel (Lachine, QC) earned the win after holding New Brunswick to 2 hits over 4 shutout innings.

Daniel Hogarth (Conception Bay South, NL) lead Newfoundland to the win with solid relief work on the mound and an impressive performance at the plate. Hogarth held the opposition to 2 runs over 3.1 innings of work while going 2 for 4 with a double and driving in 3 runs. Daniel Rice (St. John’s, NL) was another big part of the team’s offense with a triple and 4 RBIs. Starter Ian Briscoe (Winnipeg, MB) was charged with the loss despite allowing only 1 earned run over 3.2 innings on the mound.

Up Next: Seven more games are scheduled for Friday as teams continue to fight for a spot in the medal round. The round-robin will conclude Saturday with the first quarterfinal scheduled to close off the days action. 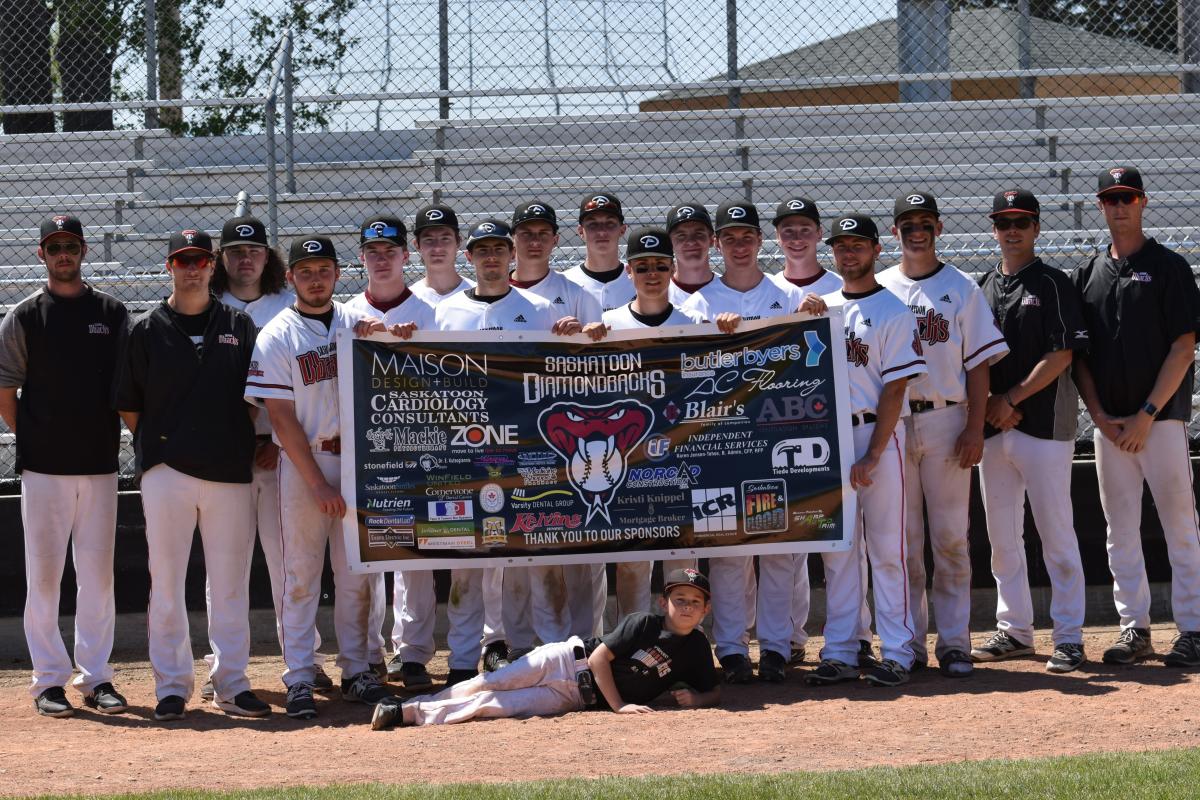 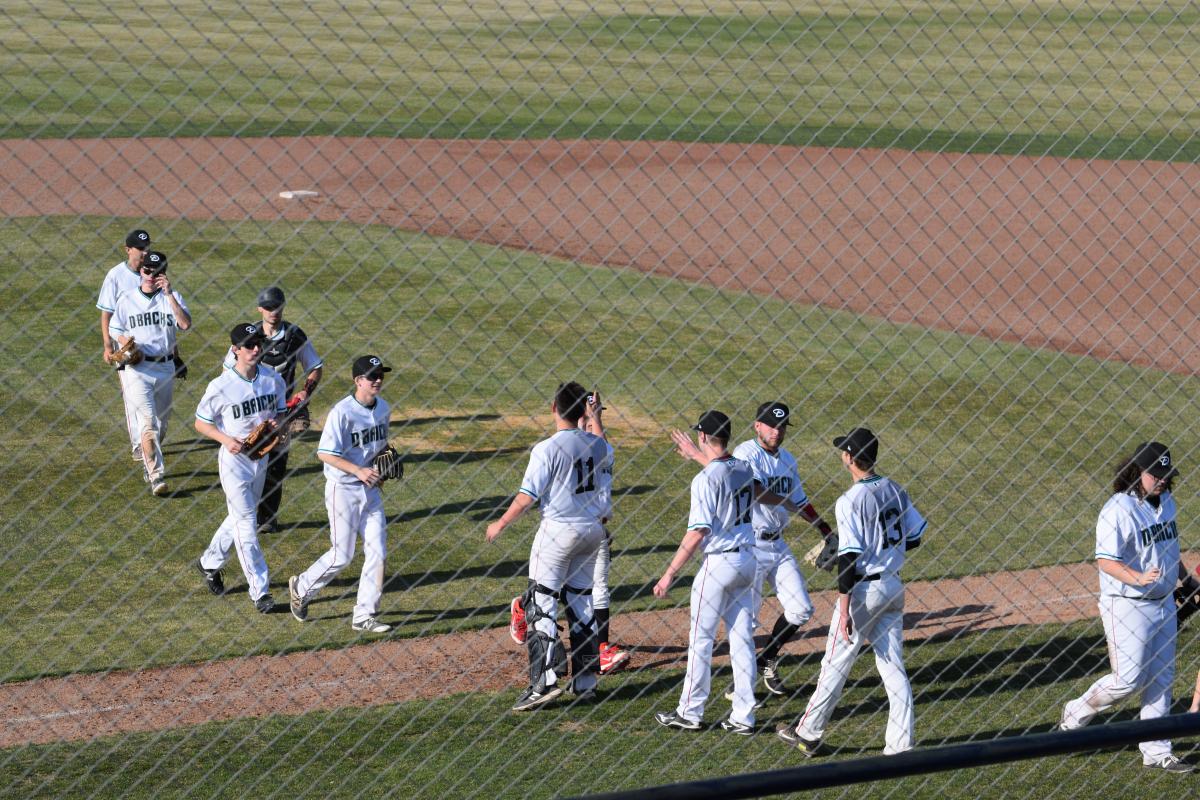 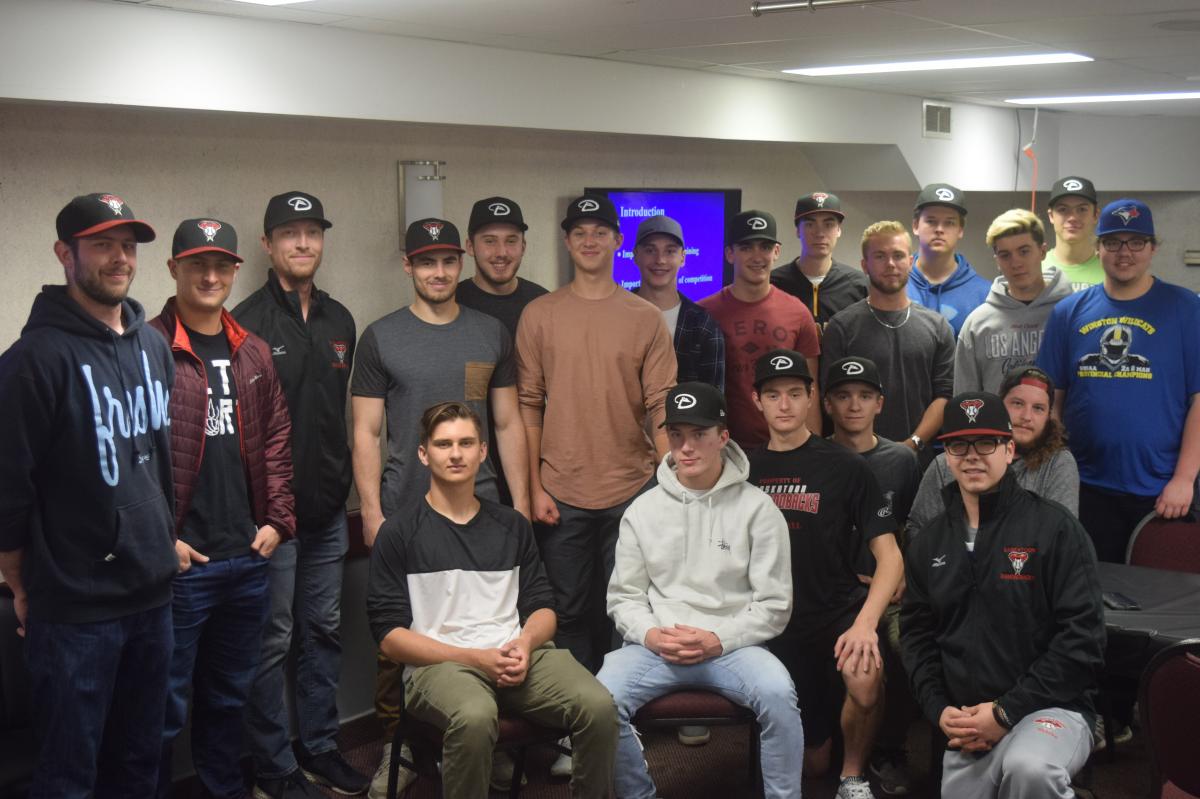 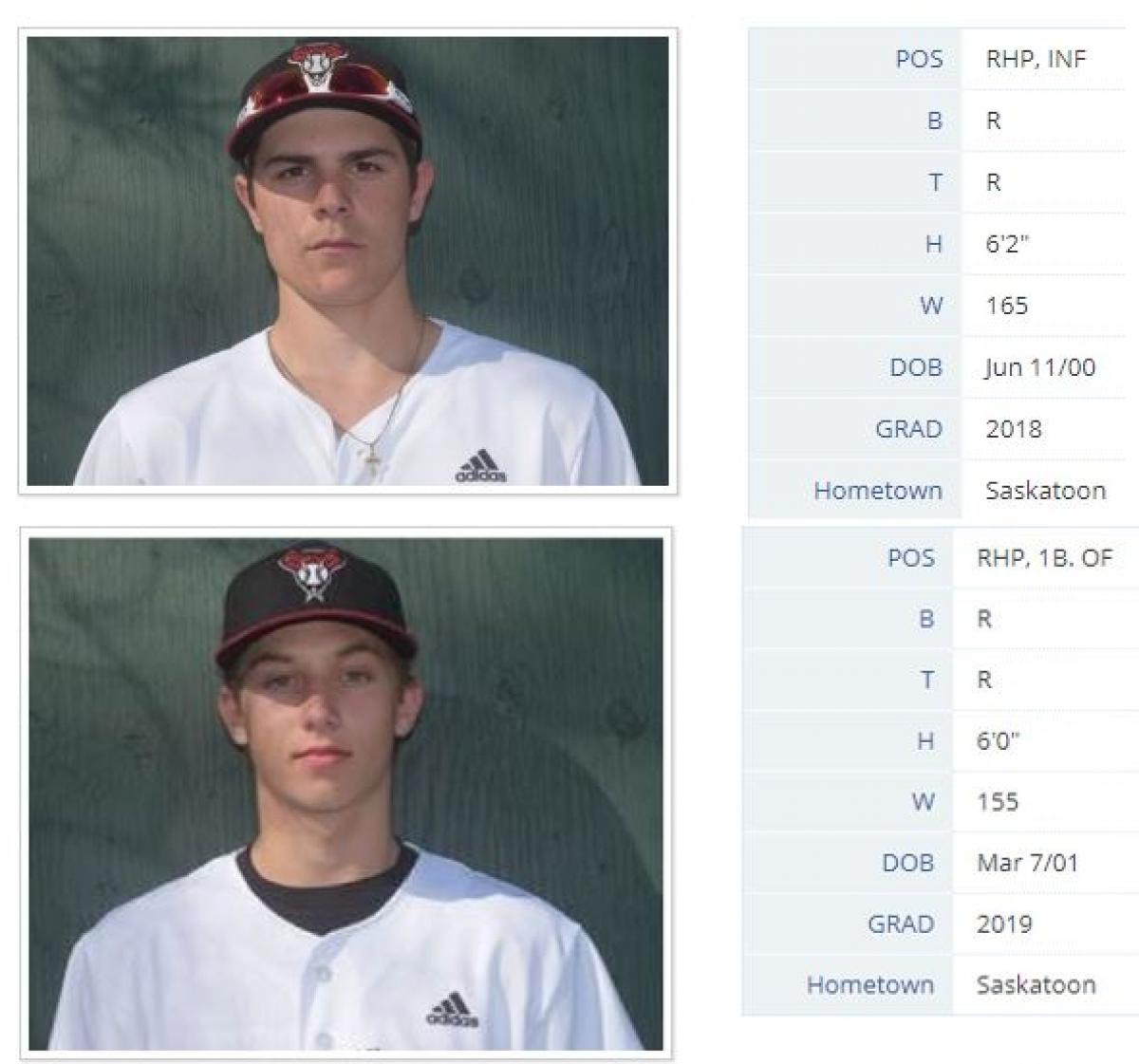 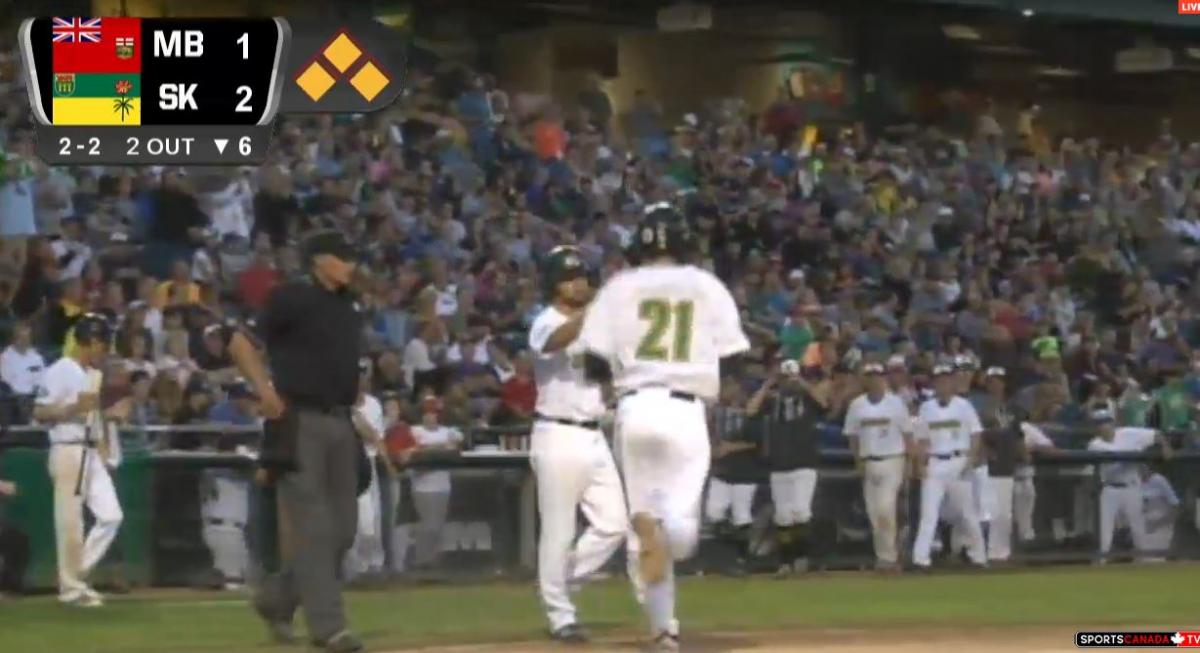