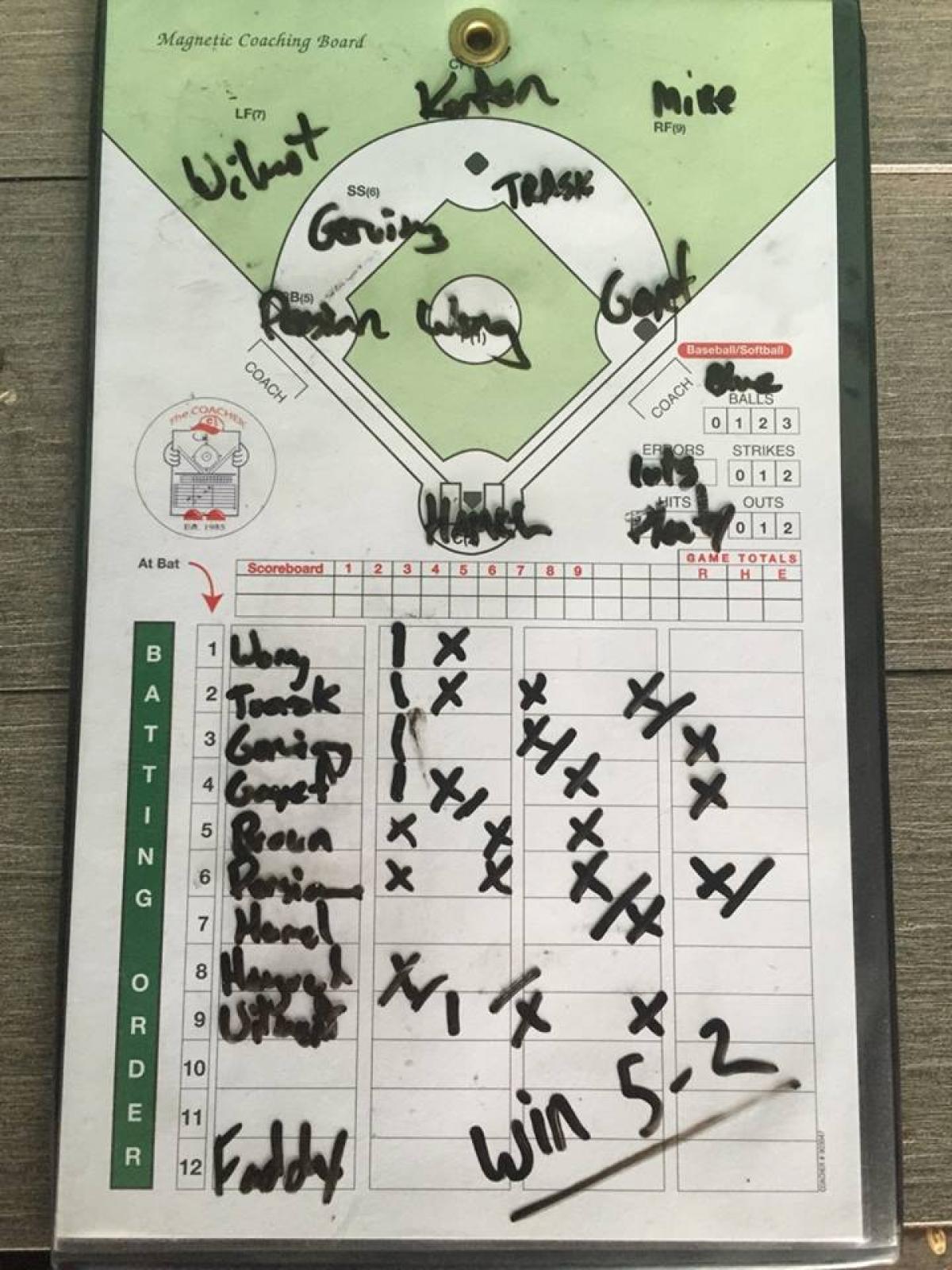 After a 3 week rain delay the DBacks looked to finish up the final few games of the season. The Canadians would take aim to steal a pair from the bed-ridden DBacks making history as this Canadians have yet to perform this feat.

The situation looked promising as only 11 of the 25 man roster were available to play (most assumed it would rain). Bench guys Jon and James attempted to tackle inny-outty for the first time resulting in what could only be described as “a swing and a miss” prompting Kenton “Score Book Guy” Haugrud to remove himself from left field and finish the warmup with the remaining 8 players. The first ball put in play would obviously be hit to Kenton who took a route similar to this to make the catch.

With our left fielder catching game 1 and our center fielder playing short for game 2 we were about as hopeful for good defense as a high school grad expecting to get lucky on prom night. Lucky for us Gayef and Wong stuck out 14 and 13 respectively limiting the opportunity for embarrassment.

MVP: Gayef and Wong
VAG: Gerwing for swinging 3 – 0 and lining out to short (CASE-O-BEER)