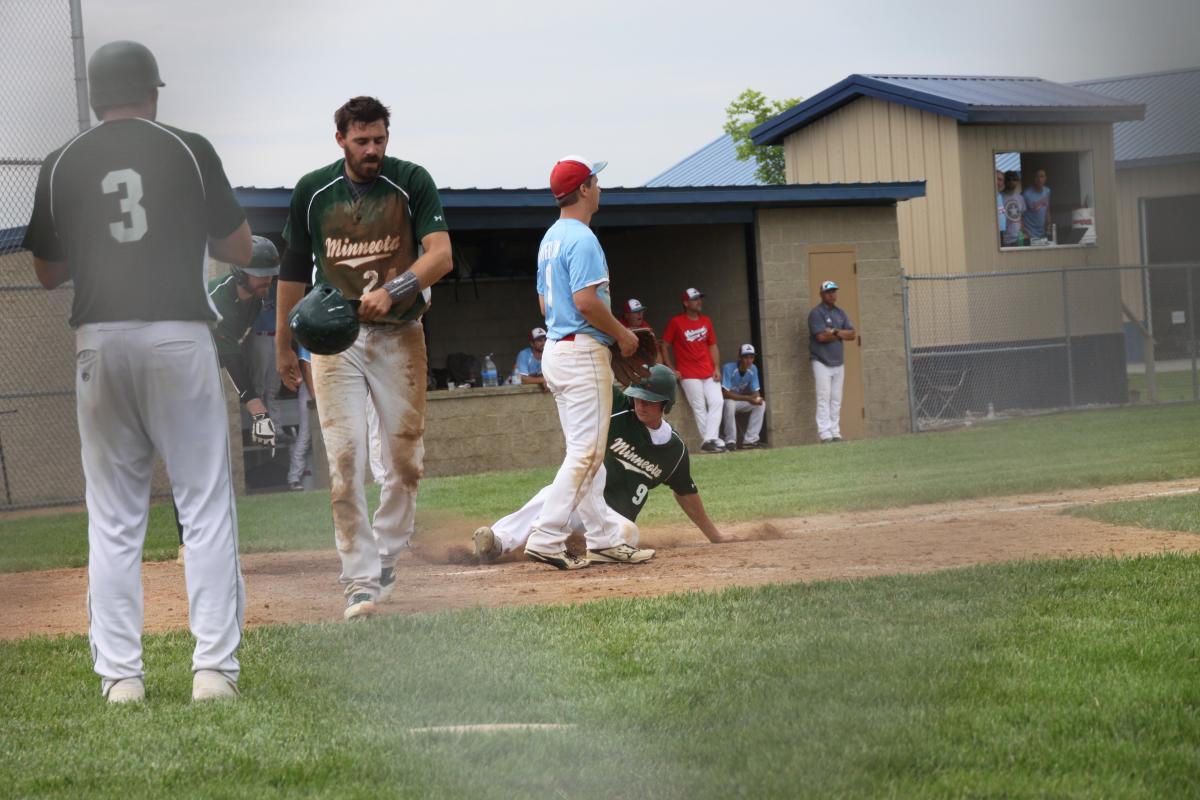 "A never die attitude," expressed by Manager Tyson Sonnenburg, as he led his team back from a 7-2 deficit to a 9-7 win, helped the Mudhens avert disaster at Cottonwood.

"Sonnenburg himself had four hits and scored three runs — including a single to start a six-run rally in the eighth and another that led to the insurance run in the ninth.

"You want to be the guy who leads 'em," said Sonnenburg. "They look at you as a leader and you want to come through for them," he said.

The comeback wasn't nearly as astounding as the play that tied the game and put the Hens into the lead for the first time since the first inning.

After scoring four runs and trailing only 7-6, Danny Hennen found himself on third base when the third Cottonwood hurler, Seth Boerboom uncorked a wild pitch. Hennen headed for home. He scored — then everyone turned and began to yell as Austin DeVlaeminck, who had been on second, came barreling into home plate. The ball had gone between Boerboom's legs, DeVlaeminck saw it and drove for the plate. "I thought it would be close, but I didn't look to see if anyone was there," he said. Boerboom was unable to pick up the ball and suddenly Minneota led, 8-7.

"It's those little things that matter. It was a heads up play," said the manager.

In the ninth Sonnenburg scored the insurance run after a single, error in left field that left him on second. After a Cottonwood double play, Alex Pohlen singled Sonnenburg home.

Just a day earlier in Wheaton Pohlen struck out four times and acknowledged he had a bad day. But this was a different day and he had four hits and knocked in that vital run.

"That's just baseball," said Pohlen."You can't think about it too much. You have to shake it off like a wet dog," he said.

Cottonwood starter Wyatt Shuster, an ex-Mudhen, had Minneota stymied for five innings. While the Mudhens had seven hits off him, they only crossed the plate once against him — and that came in the first inning on three straight singles. Austin Buysse knocked in the run. Later he'd end with three hits and two runs batted in.

Even reliever Seth Plotz had Minneota's number until he ran into trouble in the eighth. Reliever Kollin Hanson was not the answer and Seth Boerboom came on to try and stop the bleeding.

The game changed from a 1-0 Minneota lead in the fourth when Cottonwood strung togehter six hits and scored five runs. The rally was keyed by a two-run Seth Boerboom home run.

When they tacked on two more in the sixth on a two-out single by Chris Berg, things looked bleak for Minneota.

This was Minneota's third game this week and in every game they trailed and came back, winning two of those three games. "We've been fighting back all week. We just have to stay confident," said Austin Buysse.

"Lots of guys stepped up," said Manager Sonnenburg. One of those was Beau Buysse. He relieved starter Peyton Nuy in the seventh inning, pitched three innings witout allowing a run whike fanning three. He picked up the win.

While he didn't expect to be pitching in such a situation. "I just wanted to throw strikes," said Buysse.

Getting the lead did, "Give me focus," and he pointed to the fact Minneota had just one error and Cottonwood had four. "Good defense wins games," he said.

The key is to "stay up and stay confident," said Austin Buysse.

•Their final game is at 8 p.m. Thursday at home against the Castlewood, SD Monarchs. (Although, it's still possible another game will be announced.

•Minneota is ranked No. 2 in the upcoming Section 9A Playoffs. Dumont is No. 1. They will be off next weekend as the bottom six teams in the league playoff off ro a chance in the eight-team tournament that will be played at Madison and Rosen.

•Cottonwood qualified a day earlier for the top six teams with a 4-3 victory over Clinton. 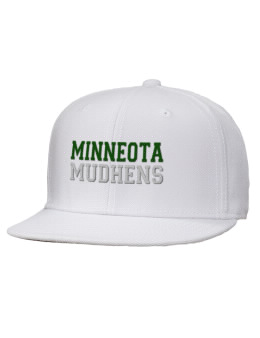