The Bantam AAA Richmond Chuckers traveled to Okotoks, Alberta, home of the Okotoks Dawgs, over the July long weekend to play in the Perfect Game Canada Day Bantam Classic, and came home with the Championship Trophy after going undefeated in five tournament games.

The Chuckers opened the tournament on Saturday with a 5-5 tie versus the Saskatoon Blue Jays of the Saskatchewan Premier Baseball League Bantam AAA division. With Richmond trailing by three in the top of the 7th, Josh Moscovitz was a hit by the first pitch of the inning to start what became a come from behind rally.  A balk would move him to second base, and then home on Justin Thorsteinson's single.  Hiroki Sato then stepped in ripped the first pitch he saw over the center fielder's head, deep enough to circle the bases for a 2-run, inside-the-park home run that tied the game.

Game two on Saturday had the Chuckers face the Calgary Bandits, a team affiliated with an indoor training facility in Calgary.  Peter Broderick picked up the win with three scoreless innings on the mound while helping his own cause with a home run in the 5th inning.

After finishing 1-0-1 in pool play, the playoff rounds began on Sunday with the Chuckers facing the Regina White Sox, another member of the SPBL Bantam AAA division.  Richmond was in command from the first pitch in this game as Carter Castle and Gabriel Suessenbacher-Fu combined for the shutout, while Jonny McGill, Moscovitz and Thorsteinson all had multi-hit games.  Final 8-0 Richmond.

Spectacular lightning storms rolled in and around Okotoks during the late afternoon and evening, moving the semi-final to Monday morning.  When the skies cleared Richmond would face the Coquitlam Bantam Reds, the "prep" team of the BCPBL franchise.  This was a rematch of the BLE Best of the West final in April, which Richmond won 7-3.  The well coached and talented Reds made for a tough opponent and the result was tight, well played baseball game.

Richmond jumped out to a 2-0 lead in the first inning thanks to a McGill triple, a Dustin McElwain single and a Thorsteinson single.  The Chuckers would add another run in the third to go up 3-0.  Thorsteinson was on the mound for Richmond and he held the Reds to zeros through four before Coquitlam would plate a run in the 5th.  With two out in the 6th, Suessenbacher-Fu would come in to close it out.  After allowing a run to make the score 3-2 in the bottom of the 7th, and dealing with the tying and winning runs on base, GSF would strike out the final two batters to perserve the victory and earn the Chuckers a trip to the championship final.

In a surprise final match up Richmond would face the Okotoks Dawgs Red squad, the younger development team to the senior Dawgs Black team.  The Coquitlam Reds edged the Black Dawgs in a tight one-run quarter final, knocking the strong host team out of the running.

It was a 3-2 game into the 5th, before the flood gate opened and the Chuckers bats took over.  Richmond would score 17 times over the final three innings on their way to a 20-7 win and the title.

A huge thanks to the Okotoks Dawgs organization for hosting a great event and extending hospitality to the Chuckers with practice time in their facility and tickets to the WMBL Dawgs game on Saturday night.  Also a big thanks to the Chuckers parent group who eagerly and enthusiastically embraced the road trip and supported the boys all weekend. 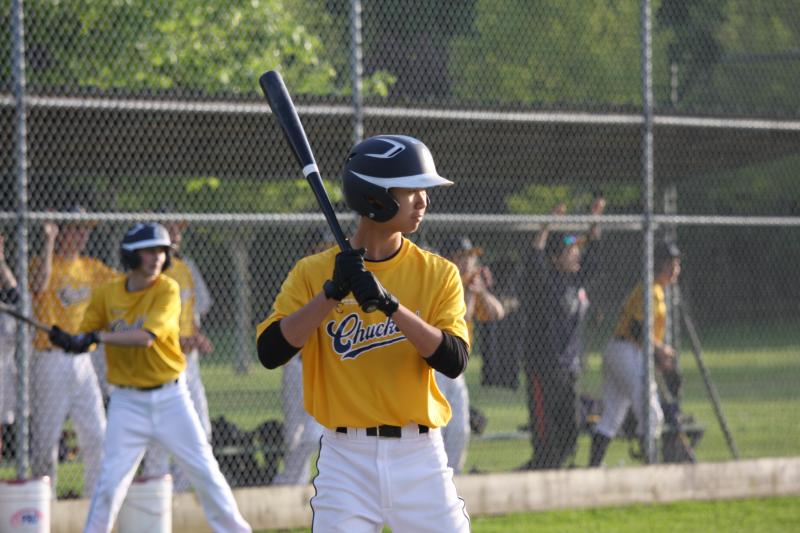 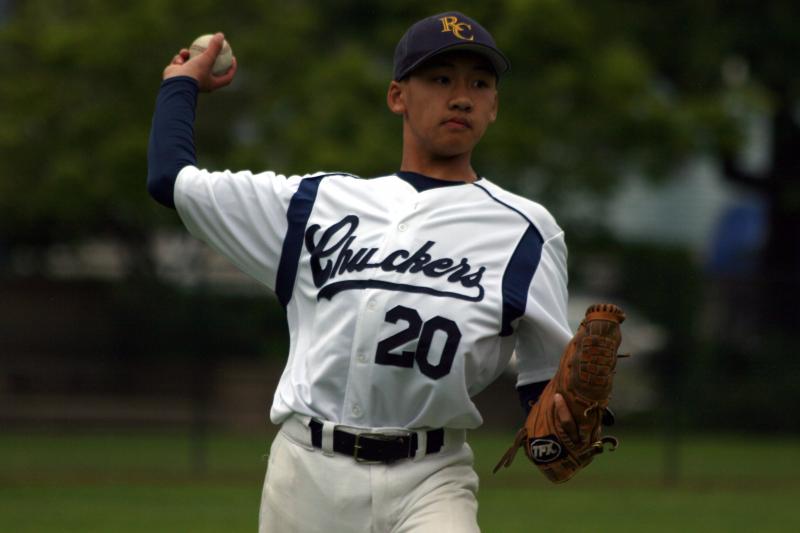 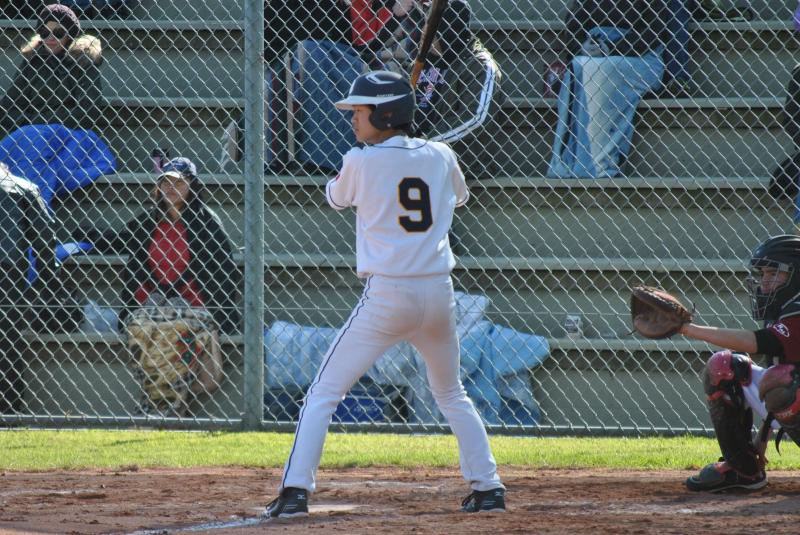 Sato in the box 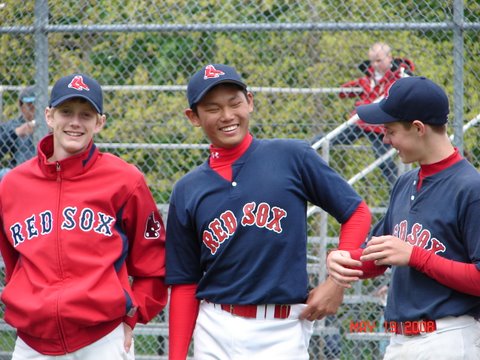 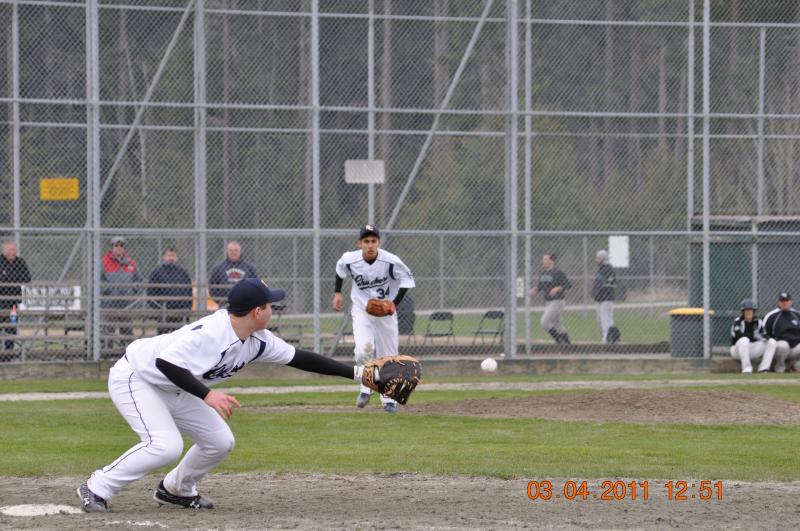 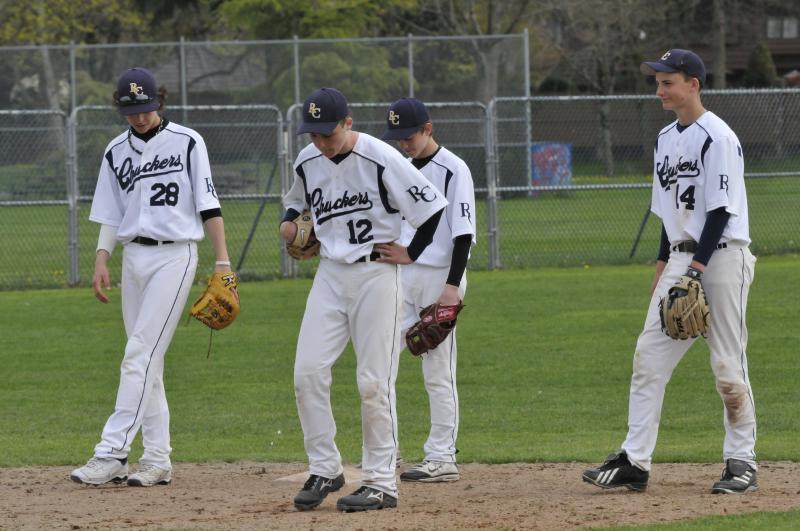 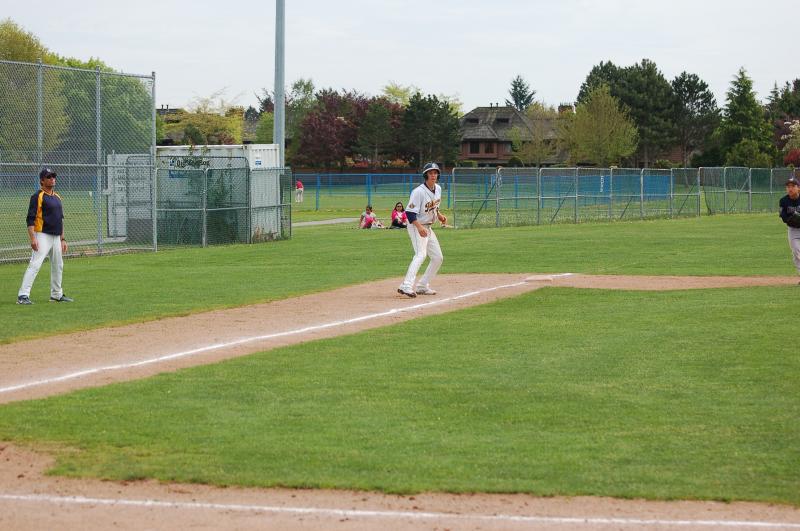 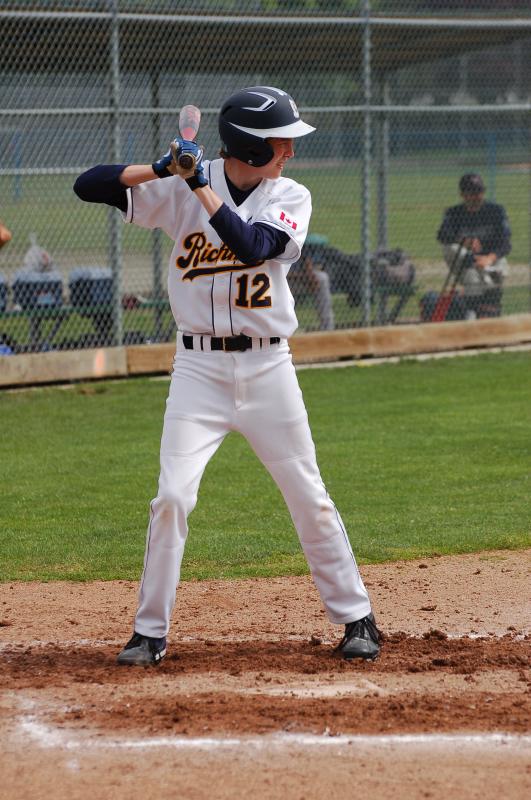 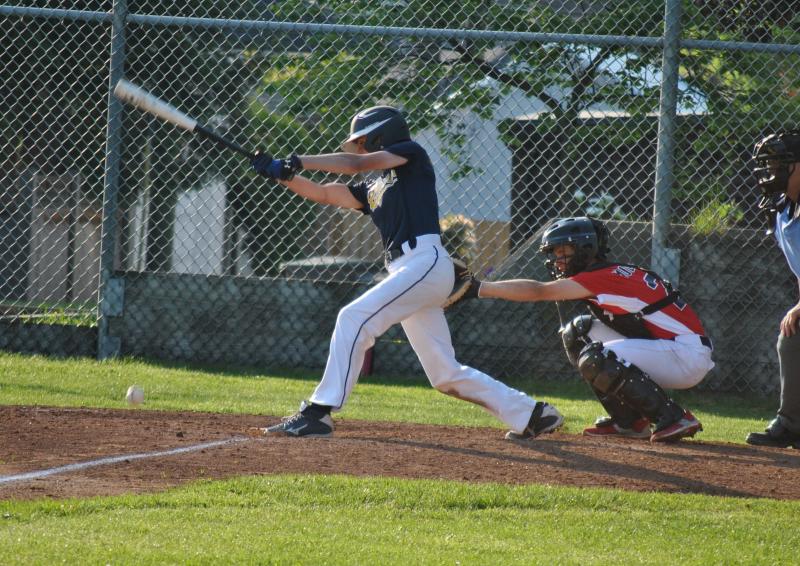 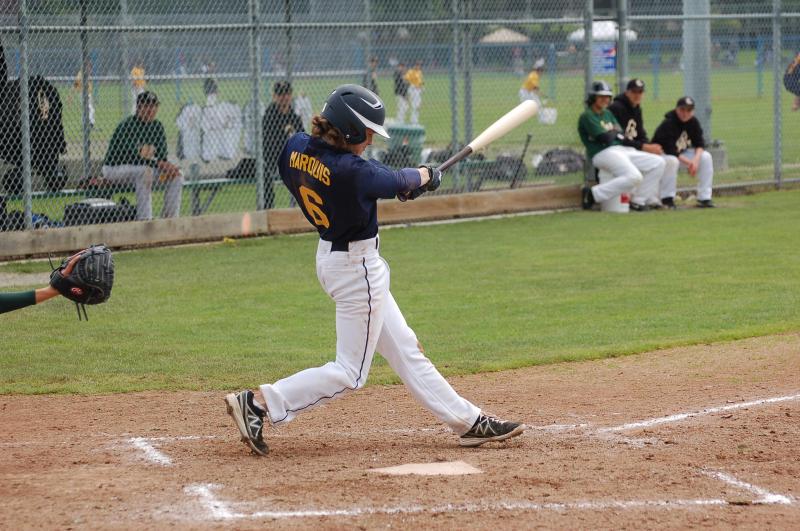