Town team starts second half of season with big wins over Waseca, Henderson 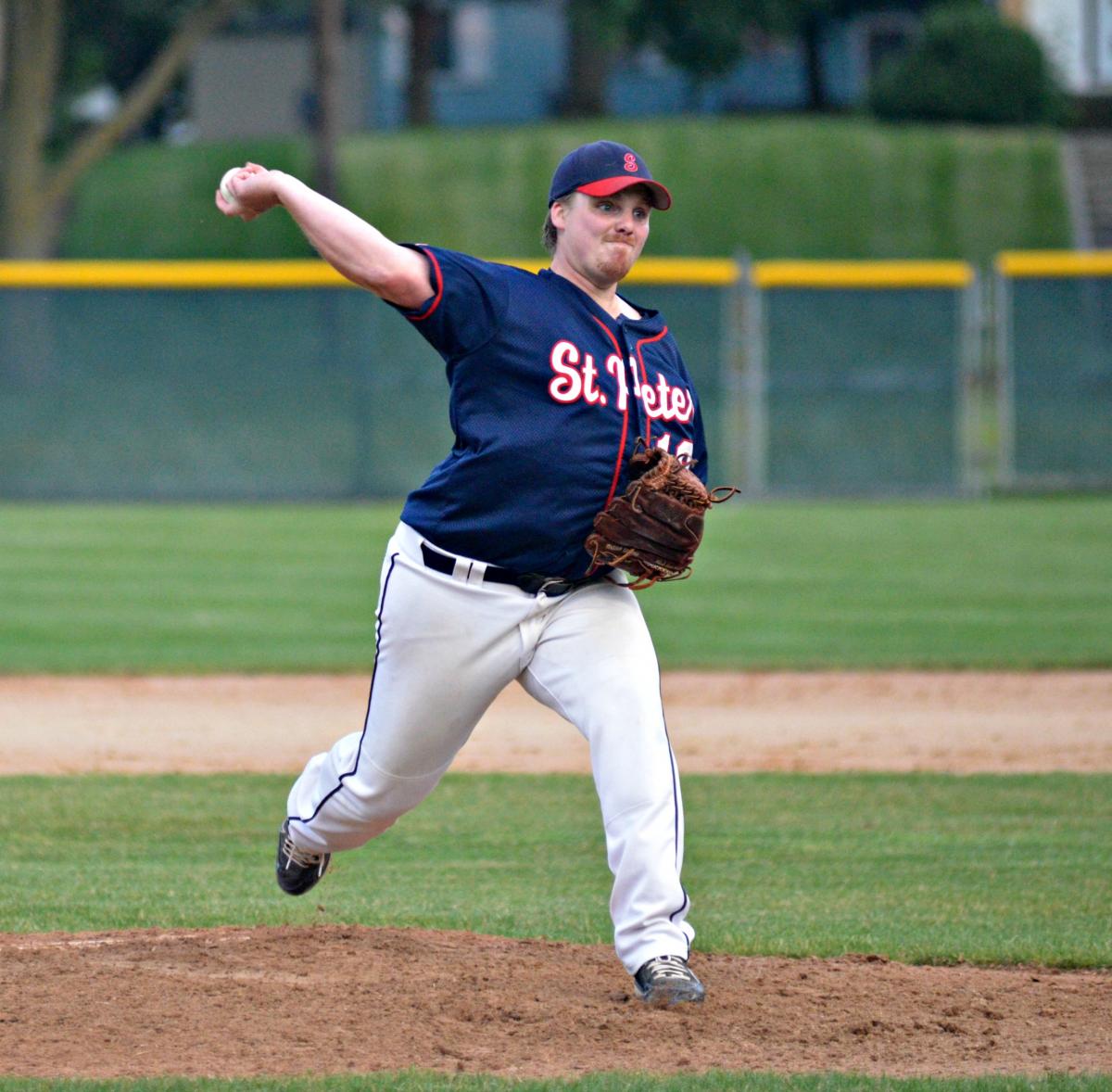 The St. Peter town team took advantage of an eight-day midseason break and came back with two convincing wins. The Saints topped Waseca 12-2 in eight innings last Wednesday and then beat Henderson 13-5 on Sunday. Both games were on the road.

Against the Braves last week in non-league action, St. Peter started with a 2-0 lead in the first inning and never looked back. They added two more in the second and one in the fourth for a 5-0 lead before Waseca scored its first run in the bottom of the fourth.

The Saints added another two in the sixth, one in the seventh and four in the eighth to put it out of reach.

The Braves added one run in the bottom half, but it wasn’t enough to play another frame as the 10-run rule was forced.

Jeff Wenner pitched all eight innings for the Saints. He allowed two earned runs on six hits with five strikeouts and two walks. Wenner is now 3-3 on the year with a 5.08 ERA in 39 innings pitched.

Billy Hanson led the Saints at the plate, going 3-for-4 with two runs, one walk, a double and three RBI.

On Sunday at Henderson, the local nine pounded out a season-high 22 hits in the River Valley League victory.

After shaky first and third innings, St. Peter starter Matt Lewis settled down and didn’t allow an earned run in the final six frames. He finished the game with three earned runs on eight hits, 12 strikeouts and five walks.

St. Peter sits on top of the RVL West standings with an 8-1 record and holds a 2.5-game lead over second place Arlington (5-3). With a 12-game league schedule, the Saints can clinch first place for Region 6 playoffs with two more wins or two more losses by Arlington and Gaylord (3-3).

STP controls its destiny with only three more league games to play, while Arlington has four, Gaylord has six, and New Ulm and Fairfax have three remaining with identical 2-7 marks.