Saints walk off against Fairfax 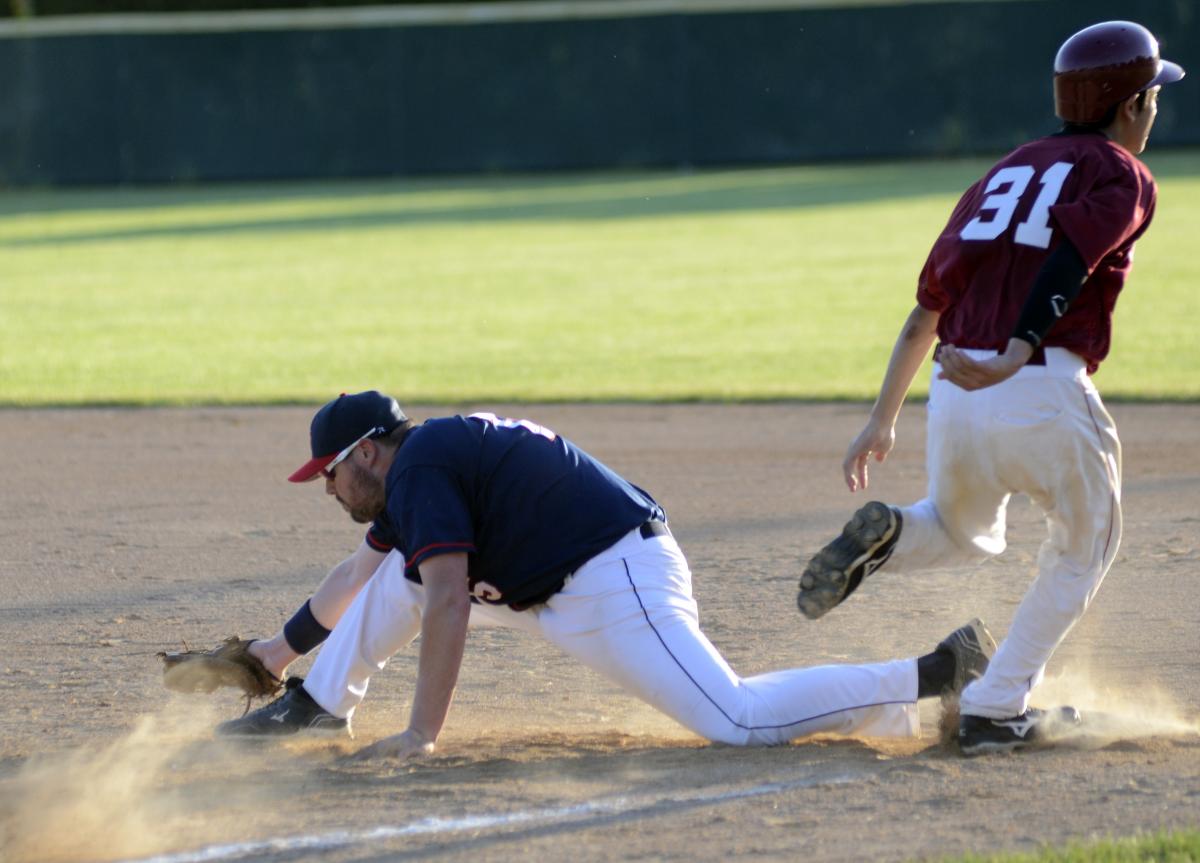 Trailing 2-1 in the bottom of the ninth and down to its last out, the St. Peter town team took advantage of two errors and scored two runs on a single off the bat of Ty Kaus to walk off at Veterans Field with a 3-2 victory over Fairfax.

Jeff Menk led off the ninth by reaching on an error, Seth Wenner then sacrificed Menk up a bag on a bunt, and a groundout had the Saints down to their final out. CJ Siewert responded with a walk and Tyler Stoffel reached on an error to load the bases.

Kaus came to the plate and lined an 0-1 pitch into right field, scoring Jeremy Braun (pinch runner for Menk) and Siewert for the win.

Kaus was the player of the game as he pitched the complete game, allowing one earned run on seven hits with two strikeouts and one walk. The Saints leadoff hitter went 2-for-5 at the plate with two RBI.

St. Peter scored its first run of the game in the fifth inning as Seth Wenner singled and went to second on a throwing error. Jayme Munsterman sacrificed Wenner over on a bunt and Wenner then scored as Stoffel reached on yet another throwing error.

Fairfax scored a run in the sixth on three errors and a single. The Cardinals took a 2-1 lead in the ninth on two singles, a walk and a fielder’s choice before the St. Peter comeback.

The Saints (12-7 overall, 9-1 River Valley League) can clinch the No. 1 seed in Region 6 playoffs with a win Sunday at Gaylord. First pitch at Walsh Field is at 6 p.m.