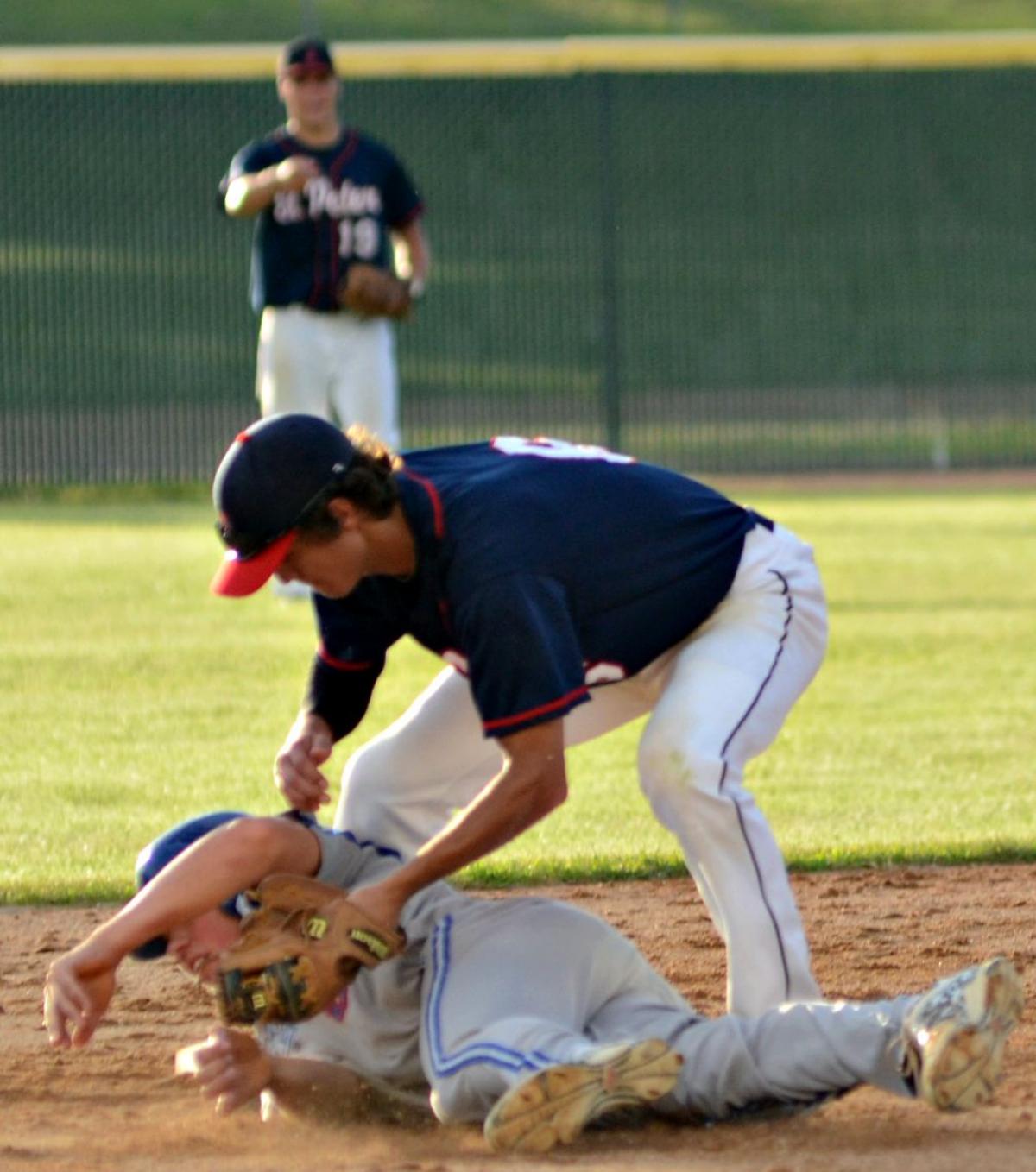 Arlington got on the board early with a run in the first inning on two singles and a walk. The next two innings were scoreless before the big fourth inning for the Saints.

St. Peter added a run in the fifth as Kempenich and Jordan Wilmes walked, and Stoffel hit an RBI single.

The Saints made it 11-1 in the sixth as Munsterman doubled, reached third on a past ball and scored on a sacrifice fly by Siewert.

Arlington didn’t want to fall victim to the 10-run run, though, and was able to score a run in the seventh to prolong the game. The A’s scored another run in the eighth and the Saints responded with a run in the bottom half to make it a 12-3 final.

Jeff Wenner earned his fourth win of the season (4-3) after six innings of work. Wenner allowed one run on five hits with a strikeout and a walk.

Kevin Sandborg tossed the final three innings, allowing one earned run on four hits with two strikeouts and a walk.

St. Peter finishes league play at 11-1 and as the No. 1 seed in the West division. Its overall record is 14-7 after winning seven consecutive.

The Saints travel to Chanhassen at 6 p.m. Sunday for their last road game of the regular season.