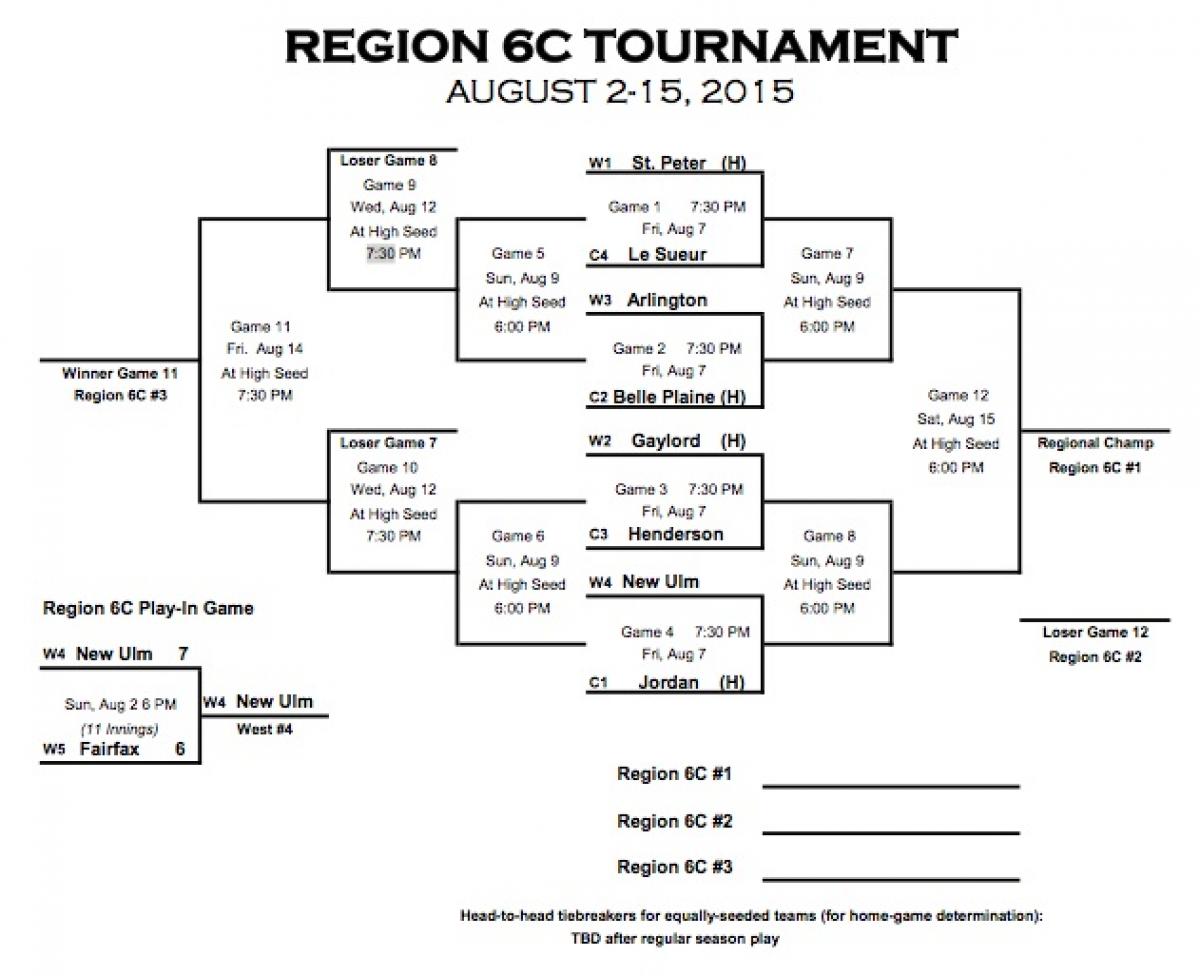 The St. Peter amateur baseball club ended its regular season with three non-league matchups against a trio of quality opponents. The Saints started the three-game stretch with a 5-1 loss at Chanhassen – ranked No. 5 in Class B – on July 26, followed by a 6-5 extra inning win last Friday against Hutchinson – No. 3 seed in Region 12 –  and finished Sunday with an 8-4 loss to the No. 1 ranked team in the state – the Class A Minnetonka Millers.

St. Peter wraps up the regular season with a 15-9 record and is set to host Le Sueur at 7:30 p.m. Friday in the first round of Region 6 playoffs. STP earned the RVL West’s top seed with an 11-1 league record, while Le Sueur took the Central’s No. 4 spot with a 3-9 mark.

The last meeting between the two teams was on June 28 in Le Sueur as the Saints won 7-4. STP collected 15 hits on the day and Ty Kaus picked up the win on the mound after five innings of work.

The host Red Birds scored three runs in the fourth inning and another in the fifth to gain a comfortable lead in a low-scoring affair.

Chanhassen took advantage of three walks and two hit-by-pitches in the fourth to take a 3-0 lead, which is all it needed to secure the victory.

St. Peter broke up the shutout in the ninth as Seth Wenner walked, moved to scoring position on a single by Jordan Wilmes and then scored on another single by Nate Wenner.

Jesse Anderson took the loss in a complete game effort.

The local nine jumped out to a 2-0 lead in the third inning after Jayme Munsterman singled and scored on a Tyler Stoffel single, plus a throwing error. Stoffel then crossed home on a sacrifice by Kaus.

Hutchinson responded in the fifth with four runs – all unearned. With the bases loaded an two outs, a fielding error scored two and an ensuing single plated another two. Another unearned run in the sixth gave the Huskies a three-run advantage. But the Saints rebounded with two in the seventh. Jeff Menk walked, Stoffel singled and both scored on a Ryan Kapsner single.

The Saints then tied the game at 5-5 in the ninth as Stoffel and CJ Siewert reached on consecutive walks, followed by another RBI single off the bat of Kapsner to score Stoffel.

And in the bottom of the 10th, the hometown nine ended the game on a walk off as Sam Wenner walked, stole second and scored on a single by Seth Wenner.

Jeff Wenner earned the win after four innings of relief. He didn’t give up a run on four hits and had two strikeouts.

The reality of facing the best amateur baseball team in the state put the Saints in an early 8-0 hole after the top of the second, but the Saints broke the shutout in the bottom half with a run and slowly regained their composure.

Siewert led off the inning by reaching on an error and later scored on a groundout.

The next five innings went scoreless until STP cut the lead in half on a three-run homer off the bat of Shea Roehrkasse. Kaus doubled and Kapsner singled to put runners on for the blast over the left-center fence.

The Saints couldn’t rally again in the ninth, though, and the game ended in Minnetonka’s favor 8-4.

Three pitchers got three innings of work each, starting with Anderson, Jeremy Braun and finished by Kevin Sandborg.

Kapsner continued to swing a hot bat, leading the Saints with a 3-for-5 performance.

Roehrkasse also had multiple hits at 2-for-5 with a single and the three-run homer.