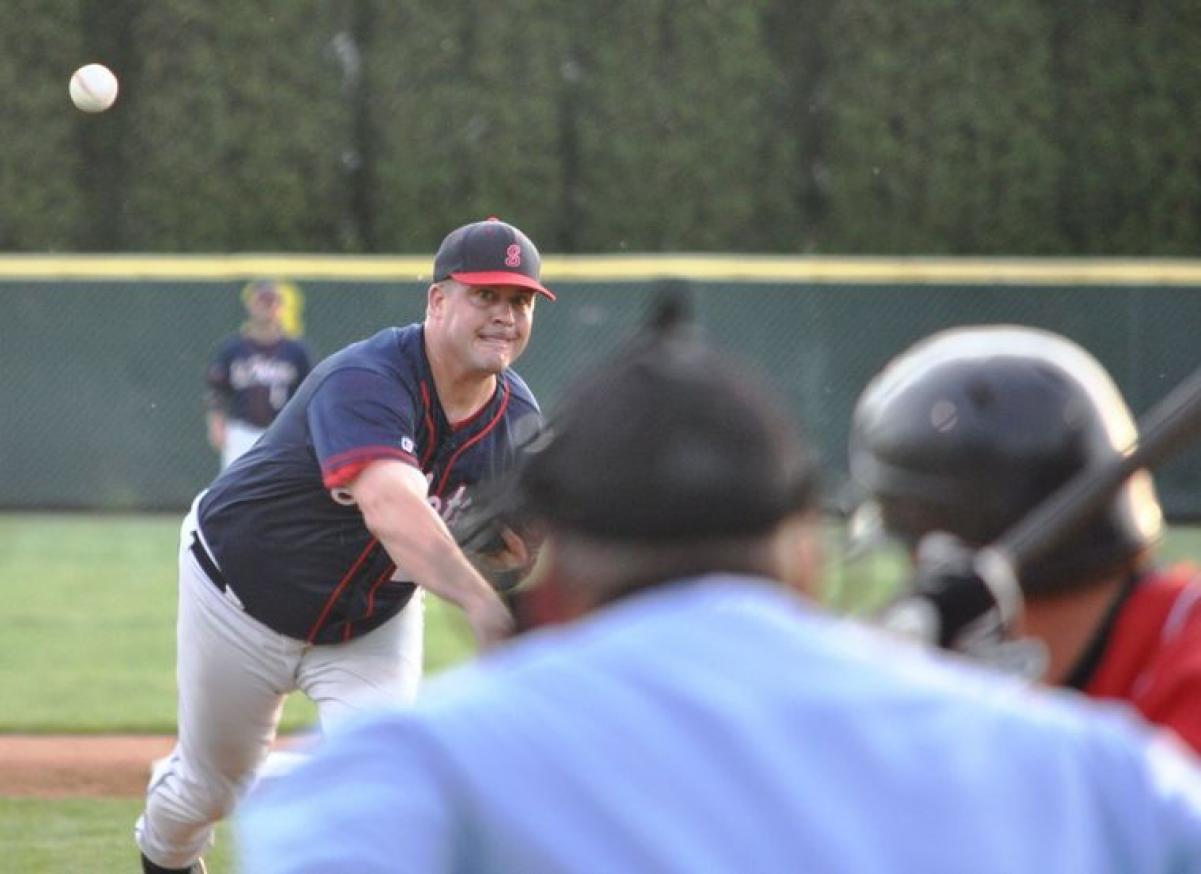 Anderson, who just turned 37, carried a one-hitter through eight innings, then battled and sweated through a tough 9th inning. Le Sueur catcher Mike May, who broke up Anderson's no-hitter in the seventh, ripped an RBI single up the middle, scoring Jordan Carlson. Carlson had singled and stole second.

But Anderson picked up that 13th strikeout to end the game and send St. Peter into Sunday's semi-final contest at Veterans Field against Belle Plaine, which topped Arlington 4-0.

The righthander was dripping wet in the humid air but happy about his performance. He improved to 5-3 on the season.

"I don't think I've thrown nine all year," said Anderson, asking Manager Tom Lacina how many pitches he tossed in the game.

"Just enough," joked Lacina, who wasn't certain who'd be on the mound for Sunday's state-qualifying game. Ace Matt Lewis remains questionable, the manager said, battling some arm issues during the year, as well as his wife having just had a baby.

Le Sueur righthander Cullen Bruce limited St. Peter to just four hits. But the Saints bunched three of those together in the second inning, the biggest possibly Jeff Menk's bunt single. That loaded the bases after Ryan Wenner and Sam Wenner had both singled.

CJ Siewert took a pitch off his leg for a hit-by-pitch RBI for the game's first run. Tyler Stoffel made it 2-0 with a sacrifice fly.

St. Peter scored its final run in the sixth. Ryan Kapsner singled to center, moved to second on a walk, then was bunted over to third by Billy Hanson. Ryan Wenner's sacrifice fly made it 3-0.

The loss puts the Braves into an elimination game 6 p.m. Sunday at Arlington. Le Sueur would have to win three straight to move on to the state tournament, as Region 6C advances three teams.

In other opening-round games, Jordan defeated New Ulm Kaiserhoff 9-0 and will take on Gaylord for a state tournament birth. The Islanders easily handled the Henderson Tigers by a 10-0 score.