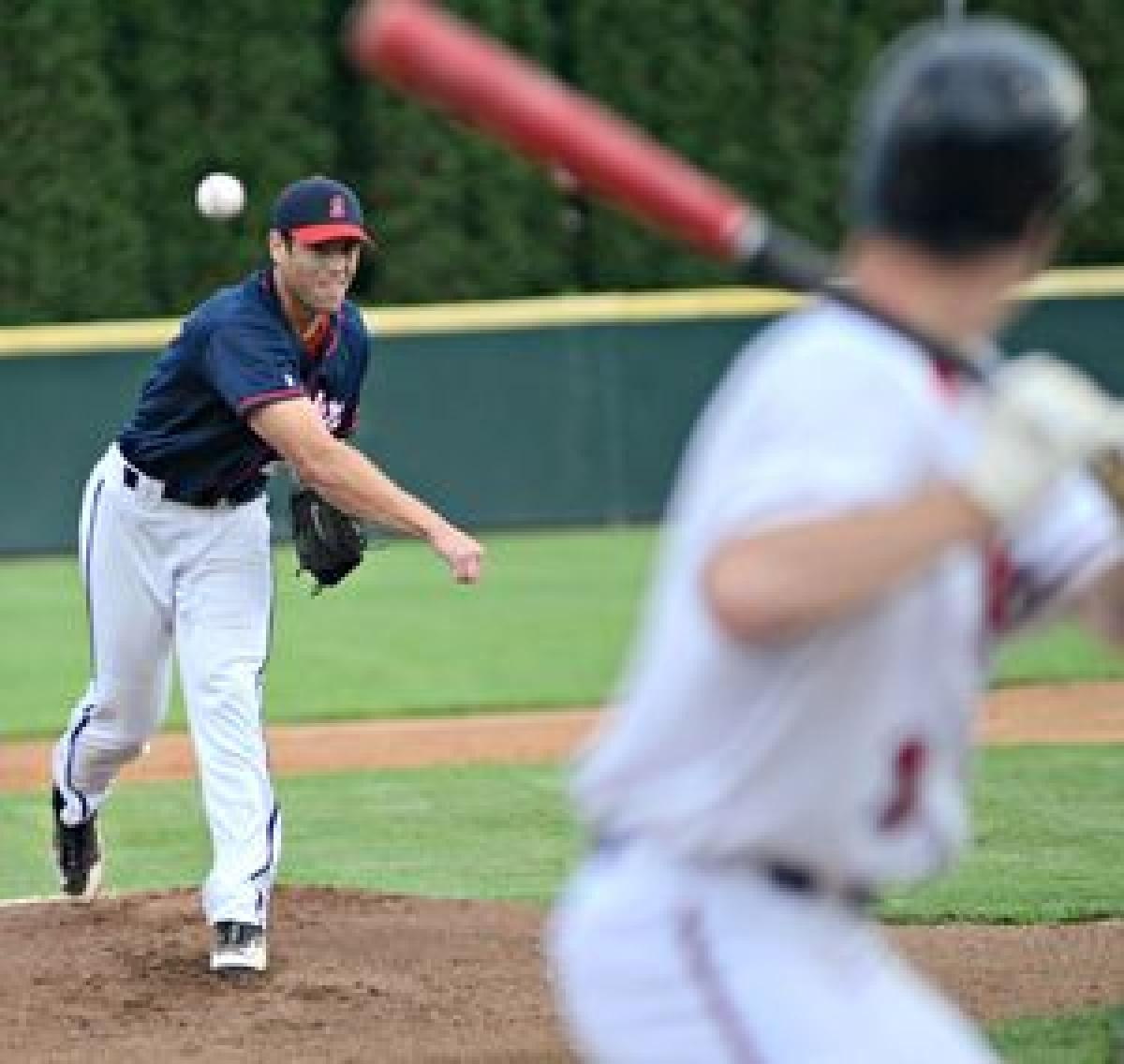 St. Peter had good enough pitching, good enough fielding and enough hits. But the Saints failed to deliver the clutch hit, and the Belle Plaine Tigers upset the No. 1 seeded Saints 3-2 in the Region 6C semifinals Sunday night at Veterans Field.

"We had plenty of chances to score," St. Peter shortstop Ryan Wenner said. "We just couldn't get that clutch hit. We had enough hits to win. We just didn't have the timely one. They had a couple of errors that we didn't capitalize on."

St. Peter did not have an error in the field.

The Tigers (10-18) jumped to a 2-0 lead in the first inning on a two-run homer over the left-field fence by Derek Dahlke.

St. Peter cut the lead to 2-1 in the second inning. Designated hitter Seth Wenner, first baseman Jeff Menk and second baseman Jayme Munsterman hit consecutive singles with two outs. Munsterman, who went 3-for-4 with two RBI, drove in Wenner from second with a single to right.

The Tigers upped their lead to 3-1 in the third. Travis Latzke reached on a hit by pitch and stole second after a strikeout and pick-off throw to first by catcher Billy Hanson. He scored on an RBI single by Ben Wagner.

Munsterman also drove in the Saints' other run in the sixth to cut the Tigers' lead to 3-2. Hanson led off by beating out an infield hit. Ryan Wenner sacrifice bunted Hanson to second and reached first on an error. Seth Wenner walked to load the bases, and Munsterman drove in Ryan Wenner from third with a single to right.

St. Peter had numerous other chances to score including having the bases loaded with no outs in the sixth. But the Tigers turned a double play from third to home to first. The Saints also left two runners on in the third and one each in the second, fourth, sixth and seventh.

St. Peter pitcher Matt Lewis (3-1) went the distance in his first start since July 12. He threw a six-hitter with no walks and 12 strikeouts. After a slow start in the first inning, he basically shut down the Tigers.

"Matt Lewis pitched well," Ryan Wenner said. "He only had one mistake."

Dropping into the losers' bracket, St. Peter next hosts New Ulm Kaiserhoff, which defeated Henderson 14-5 on Sunday. The Saints host New Ulm at 7:30 p.m. Wednesday. The winner advances to a state tournament qualifying game at 7:30 p.m. Friday at the high seed. The loser's season is done.

"We've got two games left to get back into it," Ryan Wenner said. "We just got to keep working and get those timely hits. We'll be alright. This team never gives up. We can beat anybody in our league. We've proven that. We'll have to play well. We just have to wake up the bats with timely hits."