Defense earns Saints a trip back to state 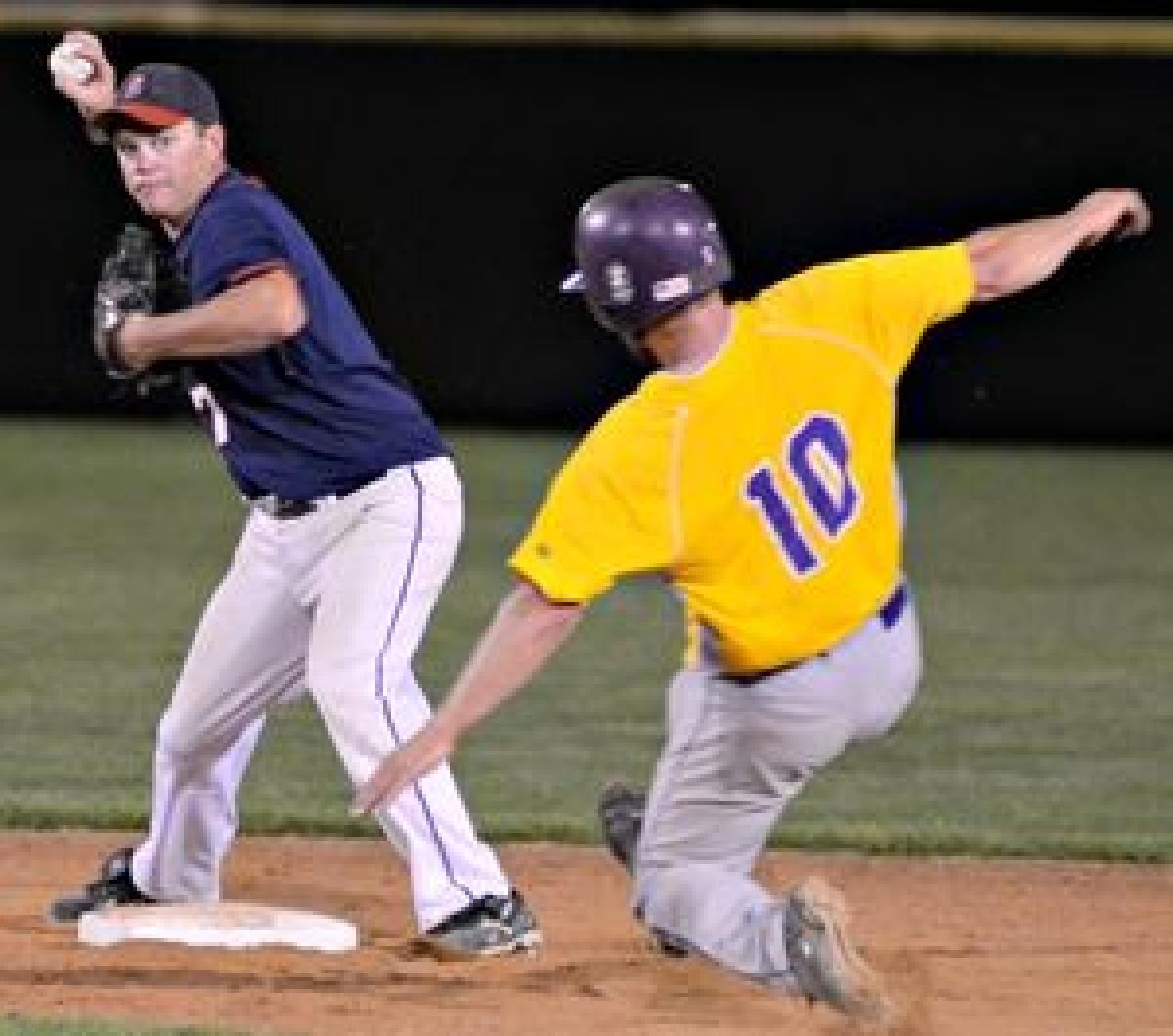 Defense has been a key to success all season for St. Peter town team, and the Saints played perfect defense to edge the Gaylord Islanders 2-1 in the Region 6C Tournament on Friday night at Veterans Field and qualify for the state Class C amateur baseball tournament for the second straight year.

Matt Lewis, who went the distance on the mound scattering nine hits and three walks while striking out eight, credited the defense for the win.

"I knew that all I had to do was throw strikes and pitch to contact because everybody is playing great defense behind us," Lewis said. "That can go a long way in the state tournament, too. I don't think I had my best stuff. I was just on five days rest, so my arm was a little tender than usual. But we played great defense today. That's what won us the ball game. Every single ground ball, good throws, we played a clean game with no errors, and we managed to find a way to score two runs.

"With our line-up, we'll be able to manufacture runs. Right now our bats have been a little bit cold, but it can be streaky. If we get hitting at the right time and play good defense, we can go far in the state tournament."

"The big double play ball helped me get out of that inning," Lewis said. "We had a lot of good two-out plays that ended a lot of innings. I threw a lot of fastballs. My slider wasn't as sharp. And I mixed in a few change-ups."

"We played good defense and pitched well all year and all the way through the tournament," Lacina said. "Matt pitched a good game. Anytime you give up only one run, you've done well. He walked a couple, but he came around. He hasn't thrown a lot this year.

"We've been playing good defense for several years now. With wooden bats, if you throw strikes and play good defense, you can get through it. We just haven't hit the ball well lately."

St. Peter took a 2-0 lead over Gaylord (11-14) in the fifth inning. Right fielder Seth Wenner led off with a walk. Menk sacrifice bunted him to second. Designated hitter Jordan Wilmes blooped a singled to center to advance Wenner to third, and he scored on a wild pitch. Then shortstop Jayme Munsterman singled to center to drive in Wilmes, who finished 2-for-2. Third baseman Shea Roehrkasse, catcher Billy Hanson, Munsterman and Menk each had a hit for St. Peter

Gaylord cut the lead to 2-1 in the eighth inning with three straight two-out singles.

After losing in the second round of the region to Belle Plaine 3-2, St. Peter bounced back to beat New Ulm Kaiswerhoff 5-1 and Gaylord to earn the third seed in the region to state.

"We took the long way around, but we got there," Lacina said.

Asked about the team's goals at state, Lewis said, "We're just going to go there and compete. We have a little bit more experience because of last year. We were able to get our feet wet last year, and we went one game and out.

"So I think this year we know that every single team that's going to state is going to be a very competitive team, so we're going to have to bring our A game if we want to win that first game.

"It's very important to play competitive, but also to have fun and be loose just like we have been here toward the end. The confidence that our team has now is very much a testament to us. We're confident going against whoever we're going to play."

The Saints have not won a game in their last two trips to state. St. Peter lost to Blue Earth in 2010 and Ada last year.

Lacina said Lewis (4-1) or Jesse Anderson (6-3) will start at pitcher in the first game. "Jesse and Matt have both pitched very well this year. It will be a tough decision."