The St. Peter town team Tuesday lost 5-1 to Jordan at Veteran Field, dropping to 10-8 overall and 5-5 in the River Valley League.

Jesse Anderson started on the mound for the third time in six days, going seven innings with four runs allowed. Anderson has now tossed 80 of the team’s 150 total innings with a 7-4 record and 3.25 ERA.

Jordan started the game with two runs in the first innings off four singles. The Saints responded in the third as Andy Regner reached on a fielder’s choice, went to second during a rundown, and scored on a single by Austin Pinke. But that would be all the offense for the home squad.

The Brewers added two runs in the fourth after a single and two doubles and tacked on an insurance run in the ninth.

Jeremy Braun pitched the last two innings of relief, giving up one run on two hits and a walk. St. Peter stranded seven runners, including the bases loaded in the second frame.

Pinke led the offense, going 2-for-4 with an RBI.

The Saints next host Arlington at 7:30 p.m. Friday. With four games left in the regular season, St. Peter sits in fourth place in the RVL and could finish anywhere from third to seventh with the playoffs beginning July 28. 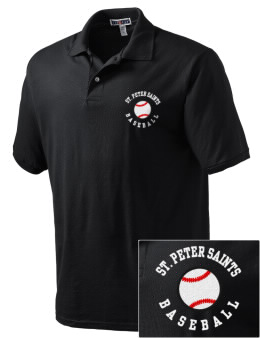