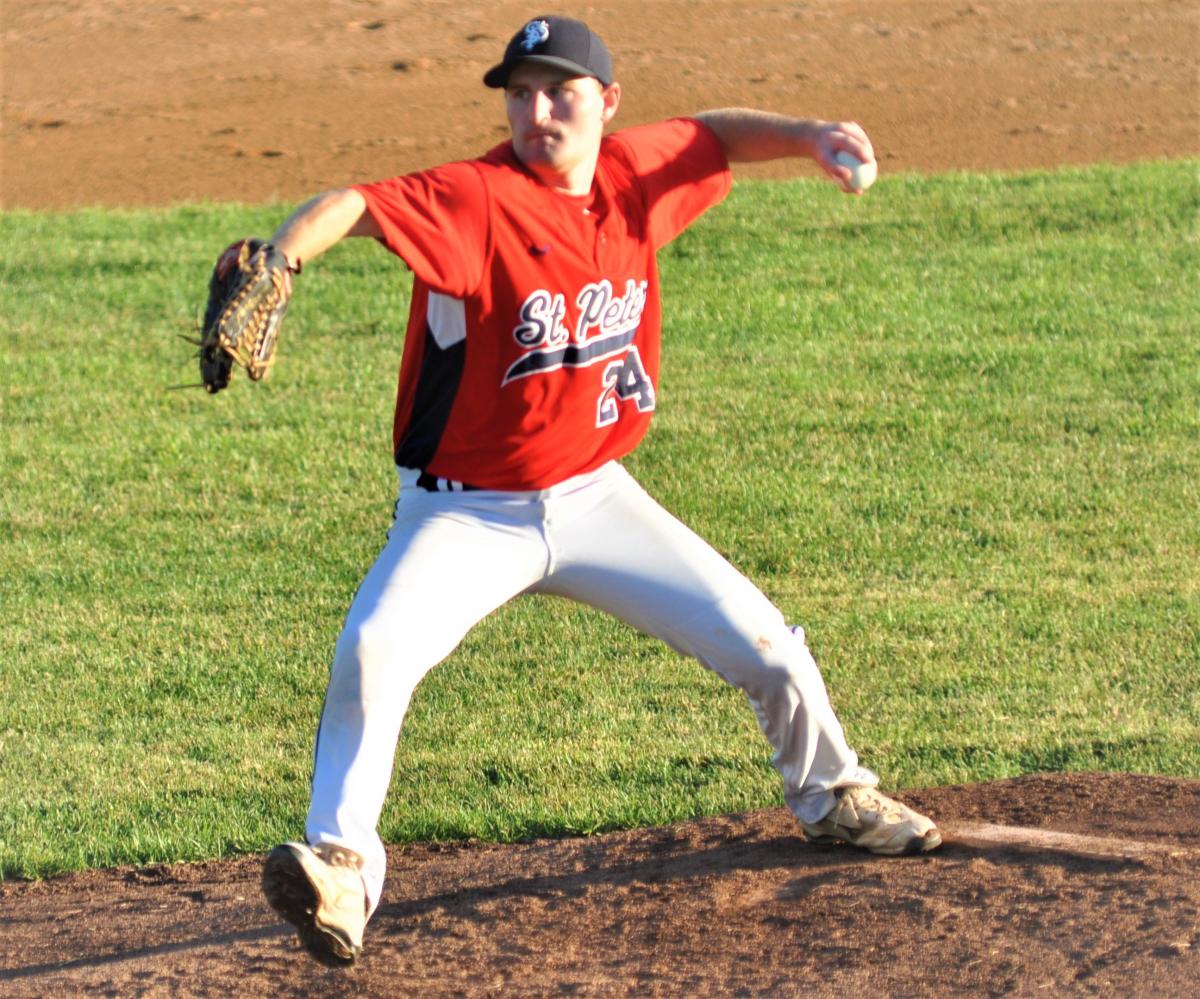 SAINT PETER, Minn. - Luke Regner’s eight-inning gem on the mound Tuesday night propelled the St. Peter town team to a 6-2 win over Belle Plaine at Veterans Field. Regner allowed two runs (one earned) in the first inning and followed with seven scoreless frames to complete the series sweep against Belle Plaine in the Saints’ home opener.

The Tigers took a 2-0 lead in the first on a hit-by-pitch, fielder’s choice, and a double, but that was all the offense the visitors could muster on the night. St. Peter responded with a run in the third as Sam Wenner reached on a fielder’s choice and later scored on a groundout by Jovan Rodriguez.

The Saints scored what proved to be the game-winning run in the fifth. Wenner and Brad Morris started the frame with consecutive singles. Wenner then scored on a single by Rodriguez and Morris scored on a ground ball double play.

The local nine added three insurance runs in the eighth. Rodriguez, Hanson, Jeff Menk, Tyson Sowder, and Hunter Wilmes all singled which led to a 6-2 final.

Owen Little relieved Regner for the ninth to seal the victory.

Morris (3-4, R) and Rodriguez (3-4, R, 2 RBI) led the team at the plate. The team combined for a season-high 15 hits. Regner earned his first win of the season after eight quality innings, allowing one earned run on eight hits and three strikeouts.