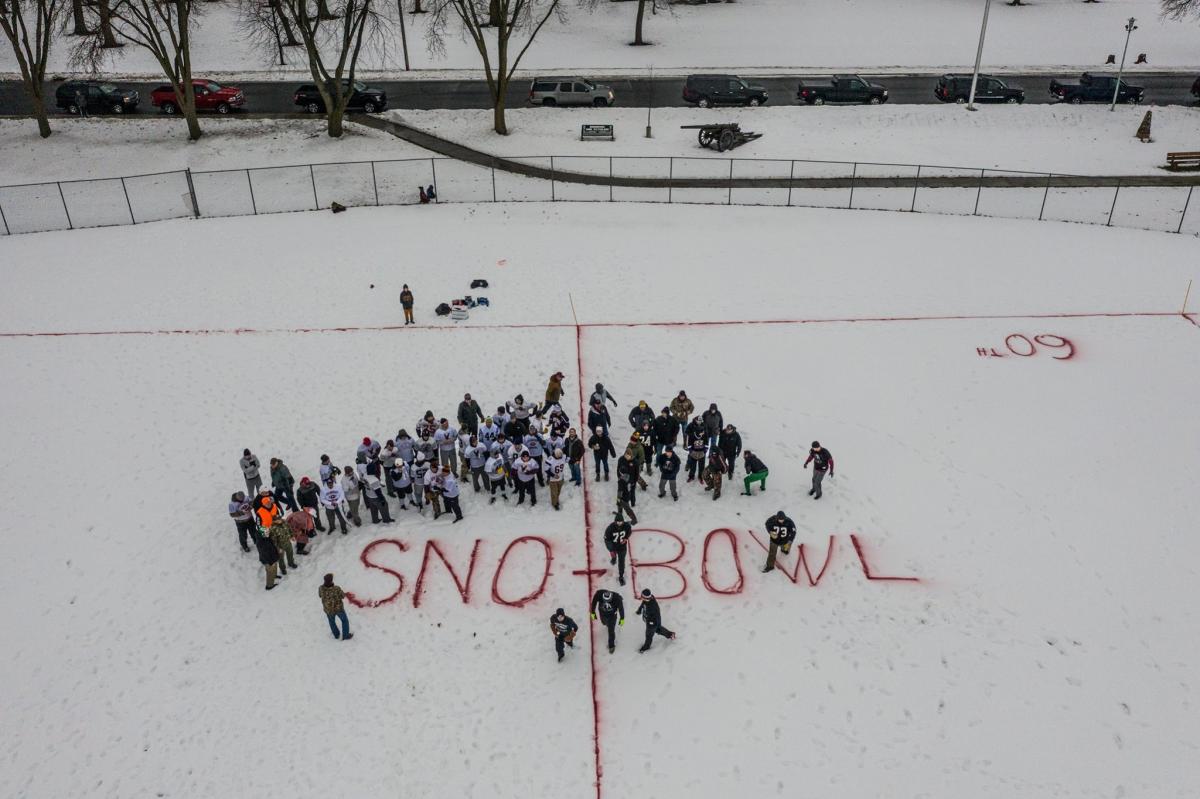 Both teams had chances to score but stout defense from both sides kept the score 0-0.  It was a rainy, mild December day and a wet football may have contributed to turnovers by both teams.   Both Ptarmigan Quarterback Chad Skluzacek and Polar Quarterback Austin Weinandt threw multiple interceptions through the game.

The best chance that the Ptarmigans had to score came early in the game.  Defensive end Jake Schoenecker tackled the Polar running back and the ball was scooped up by Jake Meyer.  Meyer got the ball down to about the 10 yard line before being tackled.  Unfortunately, two plays later Skluzacek threw an interception to keep the Polars in the game.

Offensively the Polars had trouble moving the ball against a tough Ptarmigan defense.  Zack Shetka, Zack Dubanoksi and Ryan Puncochar all carried the ball for the Polars.  The best weapon for the Polars was Matt Novak who had 5 catches in the game.

The Ptarmigans last chance came late in the game with a deep pass to Brian Studer who was surrounded by Ptarmigans and the ball was intercepted by Dubanoski. 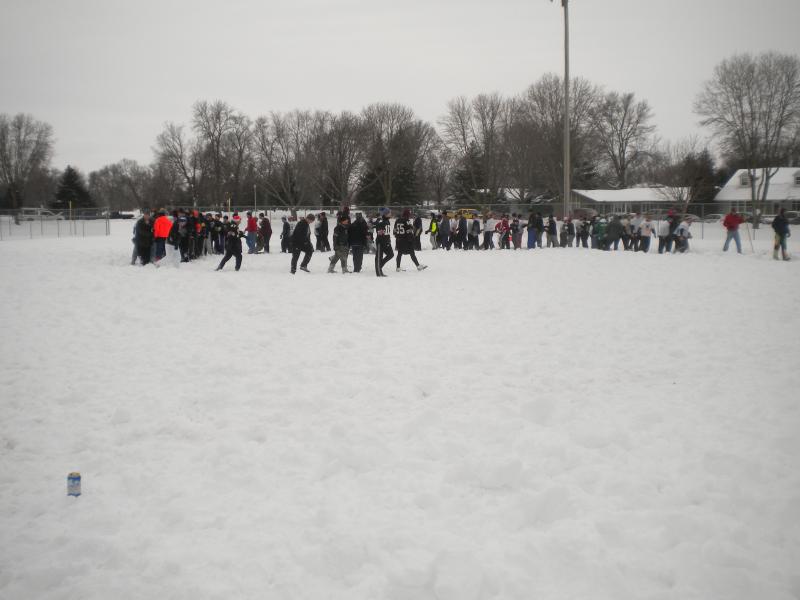 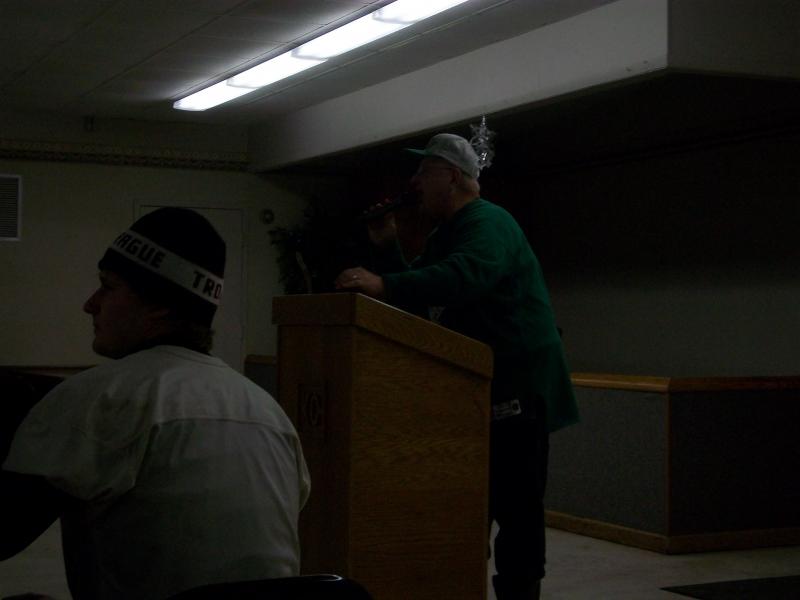 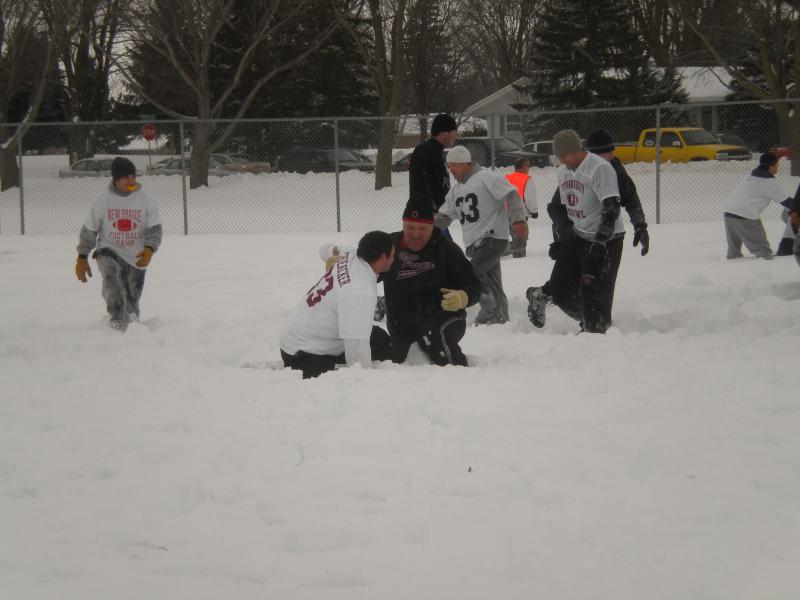 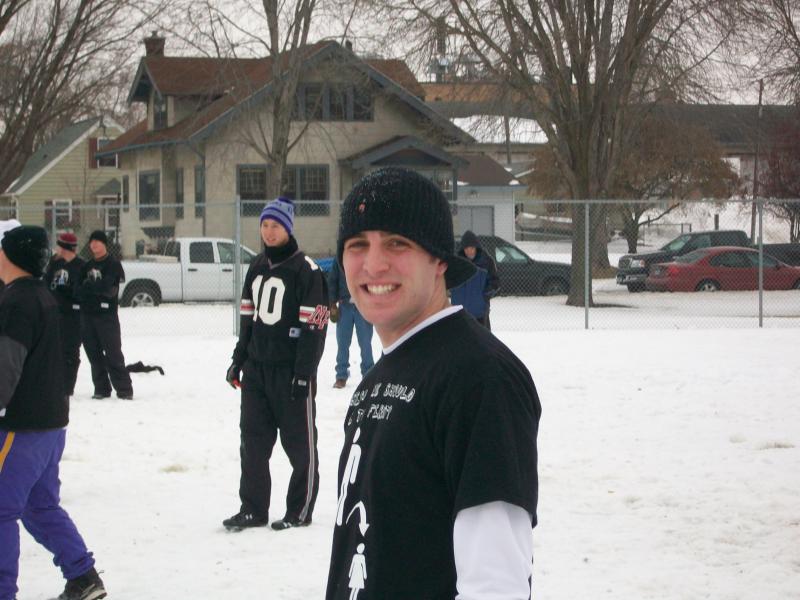 Break in the Action - Ryan Kubes puts on his game face, Jim Cavanaugh is calling out audibles, and Jon Havlicek has a typical QB pose in the background! 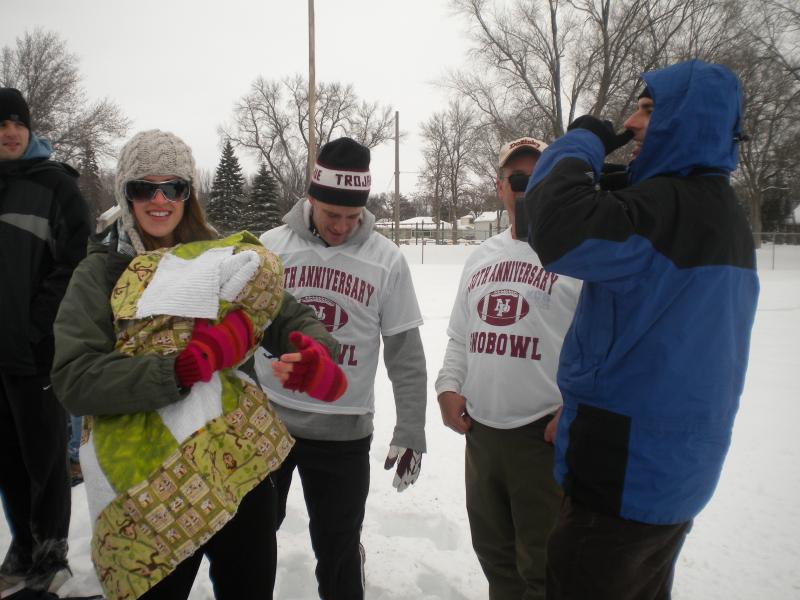 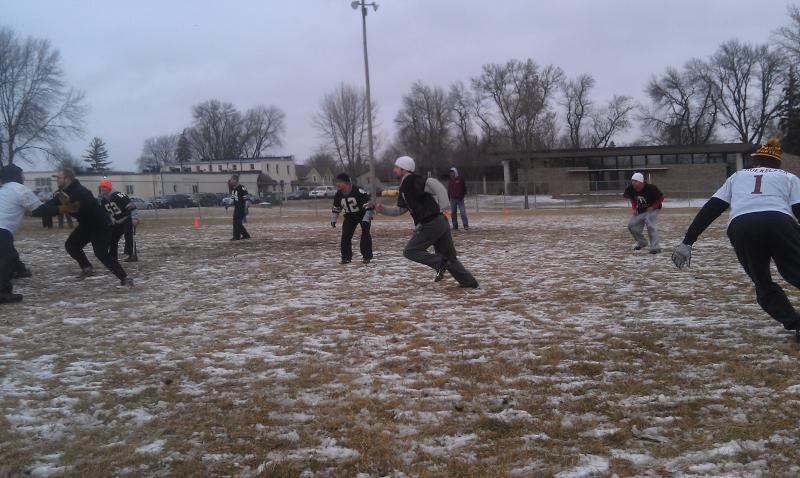 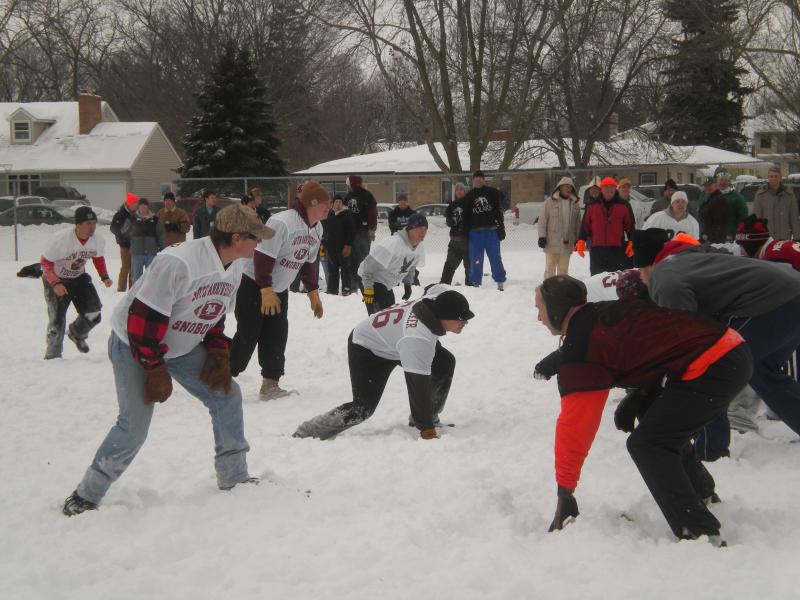 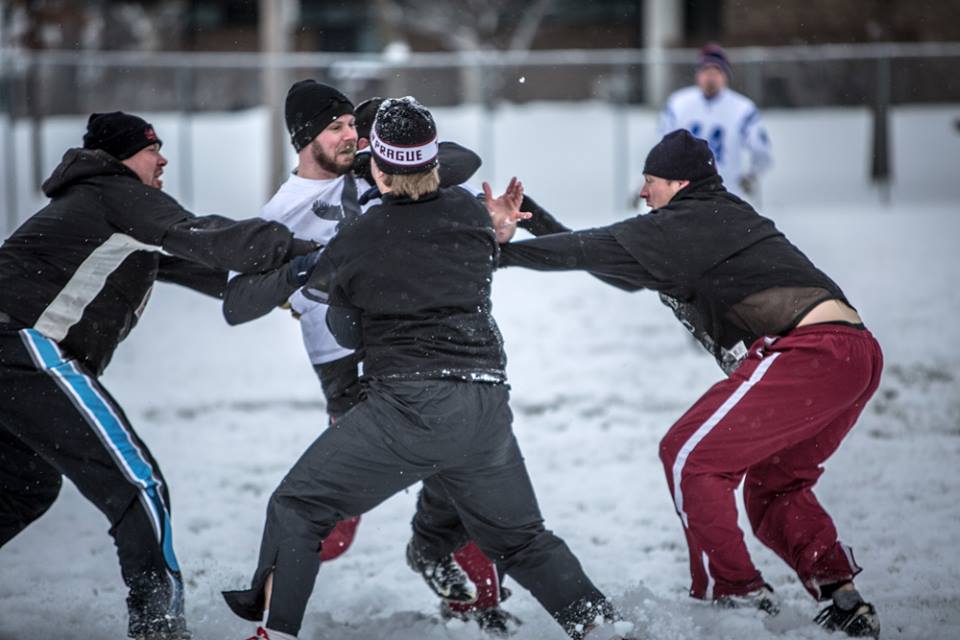 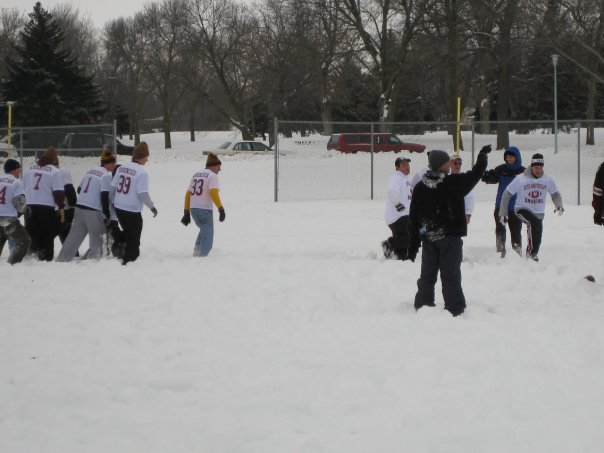 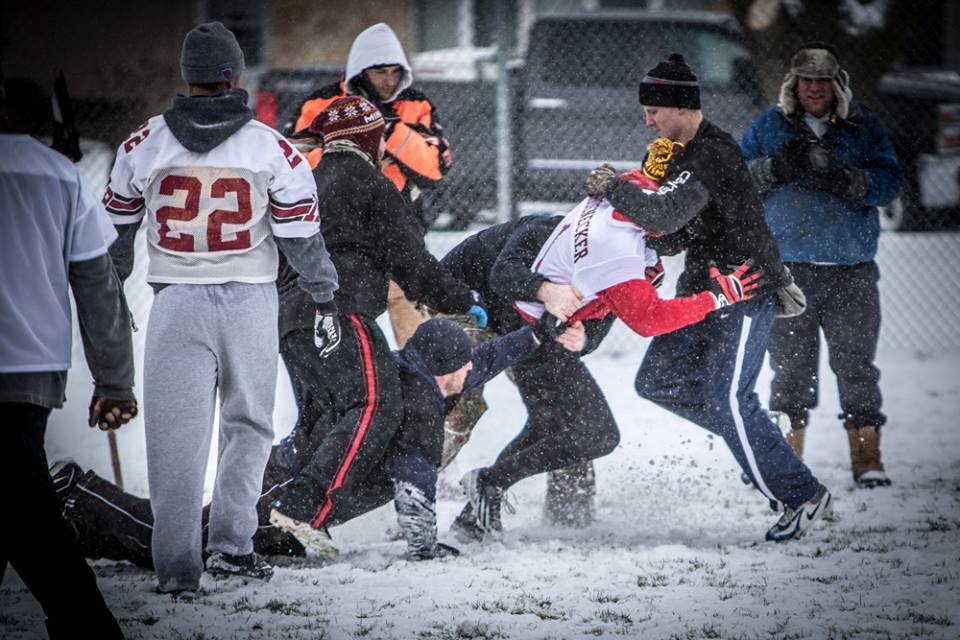