Signing a minor-league deal — not as simple as you might think.

It’s that time of year. Spring training is less than a week away and the final free agent signings of the offseason are agreeing to deal’s.

The news of players agreeing to minor-league contracts, most of those coming with an invitation to major-league spring training. The majority of the players who sign these deals have major-league experience, some more than others.

There’s a lot that goes into the process.

First, there is the humility of who you are at this moment in your career. At least for this offseason there is no team that sees you as "guaranteed contract"-worthy. There is not one that sees you valuable enough to let you take up a spot on its 40-man roster. They see you as guy worth taking a low risk chance on. They like you, they just don’t like you, like you. It’s hard to swallow, but you have no choice.

Once a player comes to the realization that there is no major contract out there for him, his next step is to work with his agent to identify teams that are a good match. These aren’t fun negotiations for agents. A lot of phone calls are made, and if your player doesn’t make a team, there is no financial reward. Players don’t pay commission on minor-league salary, only big-league salary, and agents don’t charge on anything earned below the major-league minimum.

Know there is a chance your agent could be lacking motivation, Stay proactive in these times. Study teams, their rosters, their needs and targeted the ones you think there be the best chance of making.

Sometimes teams call you (your agent) or sometimes you or your agent have to call them. I would take it so far as to make highlight video available from the year before and send the links to four or five executives in an organization where you might be a good non-roster invitee fit. It’s worked before, "Whatever it takes."

Lots of teams are willing to bring in free agents on minor-league deals, but it’s prudent of a player to try and line himself up with the best team for him. As an example for a reliever, you have to look at who the team currently has under contract and locked into a spot in the pen. Is there a spot for you? You also have to look at what prospects could make that team and what guys are coming off injuries and are question marks. You also have to look at what other minor-league free agents are coming to camp. Teams will sometimes hold back the news of signings as long as possible for that reason. You want to put yourself in the best possible position to compete for a spot on the major-league roster and these things factor in.

The other thing that matters is whether or not the team is going to be competitive. Sure, it’s February. Just about every team thinks it has a chance to win, and in this age of parity a lot do. But you have to put on your analyst hat and be able to identify which teams are going to be competitive in 2018. The reason being, if you are an older player, there is a less likely chance that a team is going to take you north with them to start the season if they are in a rebuilding mode. The same goes for a potential mid-season call-up. If a team is out of it by June, the odds of you getting called up decrease significantly if you have some age on you. It makes more sense for a non-contender to give a look to a prospect over you, the veteran, in such a situation. If you don’t make an Opening Day roster, you don’t want to be stuck in Triple-A all year if you’re having a good season.

Another big piece of the puzzle is the reputation of the front office. Veteran player tell of a time that there were certain teams he would never sign a minor-league deal with certain organizations because of the general manager’s reputation of not being trustworthy. Players talk and share information. It’s important to know which teams you can trust and which you can’t. Information exchanged between two pitchers over two years in a row with the suggestion to stay away from two different GMs as a non-roster invitee. Both years the player ignored advice. Left the pitcher in June complaining about how he’d been lied to and was trapped in a system wasting away.

That trust is important in these situations because promises are made to non-roster invitees. "We have a spot for you" … "You’ll make our team but we can’t put you on the 40-man roster until spring training ends" … "If you don’t make our team, we’ll let you go to another." All of that sounds great, but if none of that is in writing the words are only as good as the GM’s reputation.

Finally the language in the contract of a non-roster invitee is critical. Out clauses are huge and they are negotiable. The more service time you have, the more leverage you have. An out clause allows a player in spring training or the minor leagues to opt out of his contract and become a free agent.

Out clauses are important because they prevent you from potentially being trapped in a team’s minor-league system. This is where the written word outweighs the verbal promise of a GM. Always get it in writing. The advantage of the minor-league out clause not only helps prevent a player from getting stuck in a minor-league system, it can also be used as leverage to get to the big leagues. For example, if you are playing or pitching well in Triple-A and you have an out, the team knows you are likely to leave when your out clause date comes up. They then have to decide to either bring you to the major leagues with them or let you leave for another team. This is valuable protection for a player.

Players with six years of major-league service time that sign minor-league deals now have what is called Article XX-B protection. Teams either have to put these players on the major-league roster or release them five days prior to the start of the MLB season. If they do neither, they must pay that player a $100,000 retention bonus. This is essentially a built-in out clause for veteran players. If you are an Article XX-B free agent, you also receive an automatic June 1 out clause if you’re paid the $100,000. Most teams get around this retention bonus by releasing a player and then resigning him sometime before the five days prior to Opening Day.

Sounds like a lot. It is. The decision on which team a minor-league free agent signs with is important. The language in that contract is equally as important. As you are trying to bounce back and return to the big leagues you want to land in the right place on the right deal. For these guys getting deals done, they can only hope their agents did a good job and that they made the best decision.

Prospect Selected from Combine 21U Testing 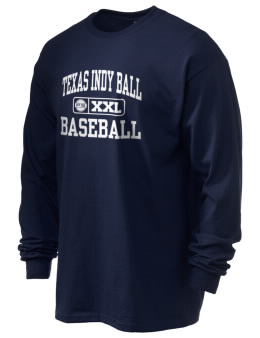