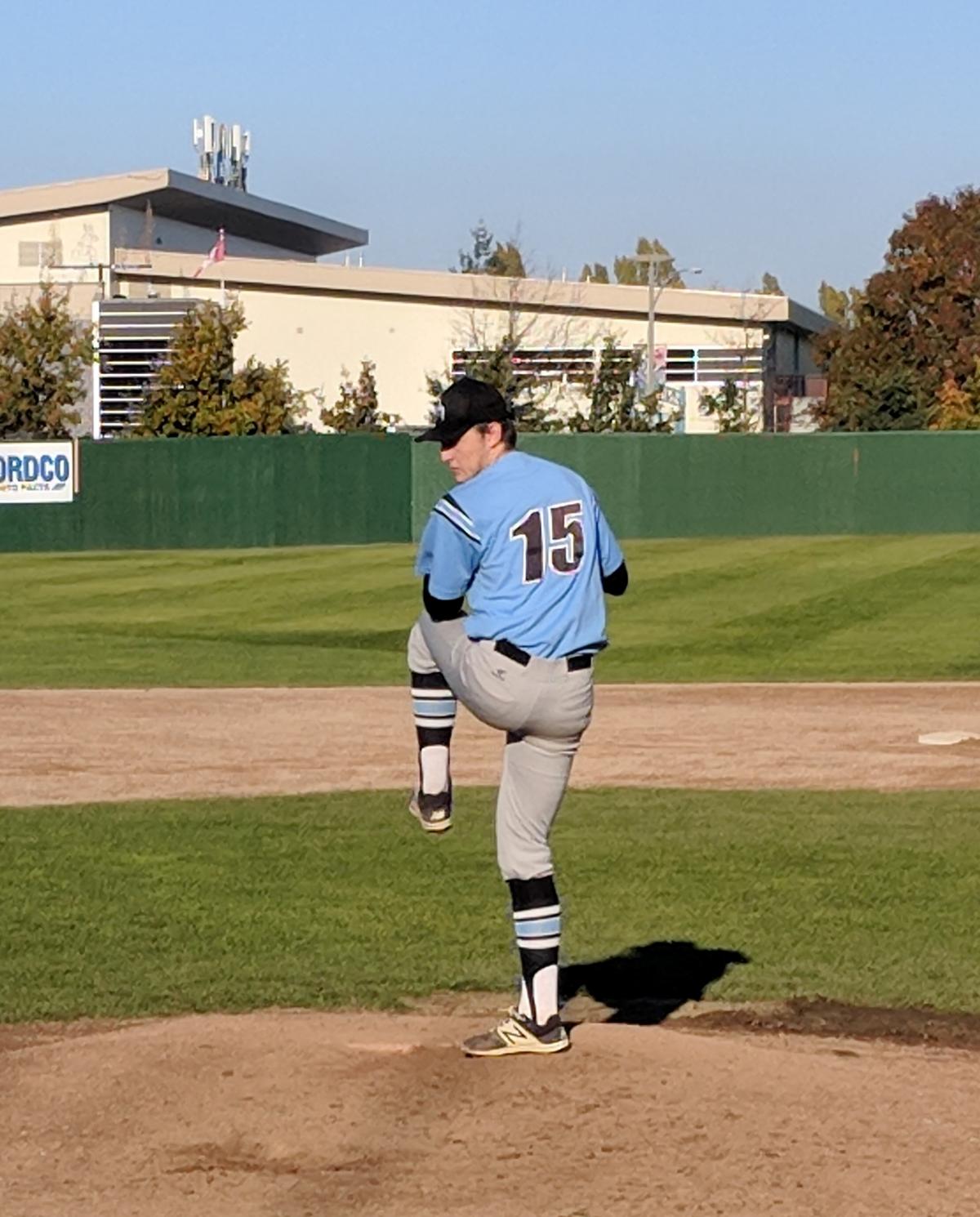 Q: What are the strengths of the team this year?

A: The team we have this year works hard. For our offensive line-up, 1-9, I think we will compete and make it tough on opposing pitchers by battling every at bat. I think our pitching staff will be able to keep us in the games, and hopefully our pitching can pick our hitters up on days the bats aren’t going and vice versa. Overall I’d say our ability to work together is our biggest strength.

Q: How do you get locked in on the mound?

A: I like to joke around with the boys from when the field opens until I start my warmup. Once I start warming up I am locked in, I try to follow the same warmup routine every game. Once I’m on the mound it’s the same old for me no matter what. I’ve been there before, there’s no moment too big. I just trust my stuff and the team behind me.

A: Yeah that was a highlight of my year last year for sure. I remember having a pretty good start to the game getting through the first few innings without much trouble. Sitting on the bench between innings I tried not to think too much about how I was pitching and just tried to picture the next inning coming up. The whole game I never had thoughts of not going out the next inning, if I kept pitching well I was gonna just keep going. We had a slow night offensively not putting up a run until the 11th so I generally didn’t have a lot of time to get into my head between innings. I threw a lot of strikes that day and my defence played great behind me which is a big reason why we were able to pick up the win. After the game you can reflect on what had just happened and that’s when it really feels cool.

Q: What are some areas you feel you have improved on the most this off season?

A: This offseason I have focused on getting bigger and stronger. This directly correlates to some increase in velocity and hopefully my stamina stays up as well. I’m looking forward to throwing a lot of innings this season and I think I’ve done the work necessary to do that for the team. I think last year was good for me to really see what it takes to start at this level and this year I’m ready for the challenges it brings and hopefully I can put up an award winning year, and help the team to win as many games as possible.

Q: What does it mean to have veterans like Liam Ballance and Nathan Wedgewood on the team?

A: Having guys like Bal and Wedge on the team is great. Wedge has been in this league for a lot of years and has baseball smarts like no one I’ve seen before. He knows a lot about other teams and is able to provide our younger players with some advice on what it takes to succeed in CCBC. Bal plays a huge role on our team, he has a loose and fun personality and I think that is directly reflected in how we want to play on the field. Having fun and being relaxed. He also has played high level baseball in the summer and certainly has the skills and smarts to be a great role model for all of our players.

Q: What is something you remember the most about your freshman year?

A: What I remember most about my freshman year is pitching in the National Championship at Norbrock stadium. We were playing the hosts (TRU) and the winner went to the playoffs. The game was an evening game and Norbrock was packed with loud fans. I came in out of the bullpen in that game and the score was close, I just remember the atmosphere at the park for that game, and me coming in as a freshman in a big moment was really cool. The fans were loud and not cheering for me, but I thought it was a cool experience. Moments like that are a good experience because it prepared me for that moment the next time it came.

Q: You are one of the many players on the team not from the Island. What was the baseball scene like in Lake Lenore, and how do you give back when you go home in the summer?

A: I grew up in Lake Lenore, but like other kids in Lake Lenore went 15 minutes down the highway to play baseball in Muenster. Being from small town Saskatchewan this is a common thing. Muenster is a small community similar in size to Lake Lenore of only 400 people. The community has an AMAZING baseball atmosphere and nice facilities for a village that size. Muenster fields provincial winning baseball teams every year as well as Western Canada champions and National bronze medallists. The local small population area even has produced 2 MLB draft picks in the last 5 years, Cole Bauml and Logan Hofmann. Everyone is very close in that area and lots of former players like myself love coming home to help with some day camps, and help coach the minor ball teams in town. The baseball focused attitude in Muenster continues strong as they fielded three mosquito teams this past year consisting of players from Muenster, Lake Lenore and the surrounding area. I feel very lucky and proud to come from such a tight knit community and it’s a big part of who I am today.

Q: What made you fall in love with baseball?

A: The great community and love of baseball in Muenster maked it really easy to fall in love with the game. I love all sports but baseball has always been my favourite. I think it’s the uniqueness of baseball that I love the most. It’s unlike any other sport, like having no clock, or having a mixture of individual plays in a team game. I think from a young age it was just sights, and sounds of baseball that made me first fall in love. And since then it has provided me with so many opportunities, life lessons, and great friends. 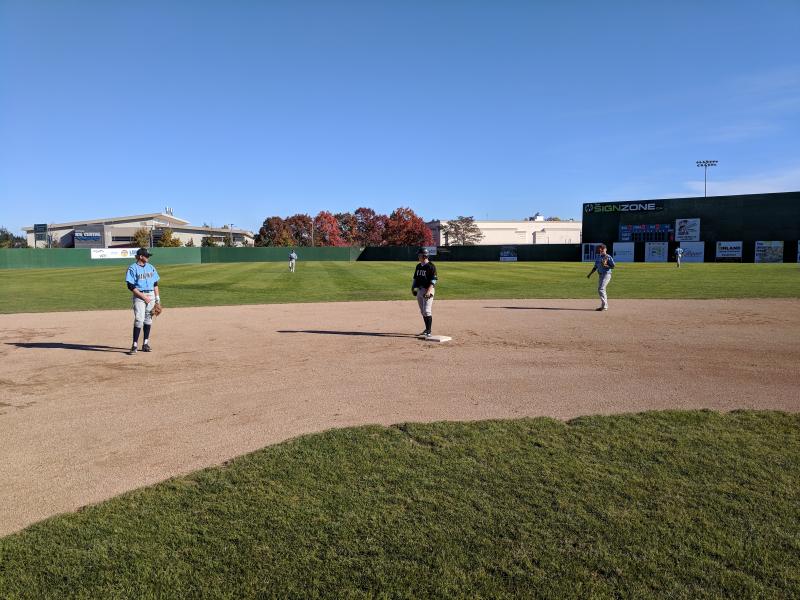 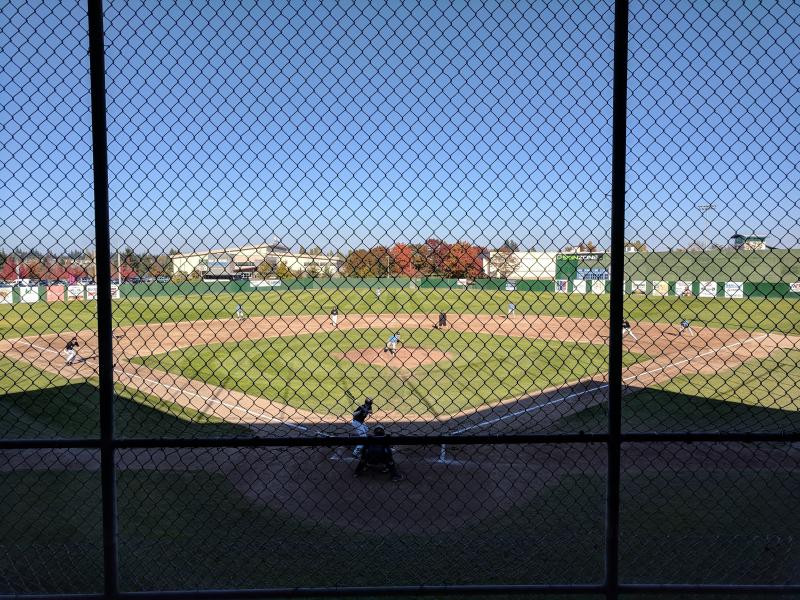 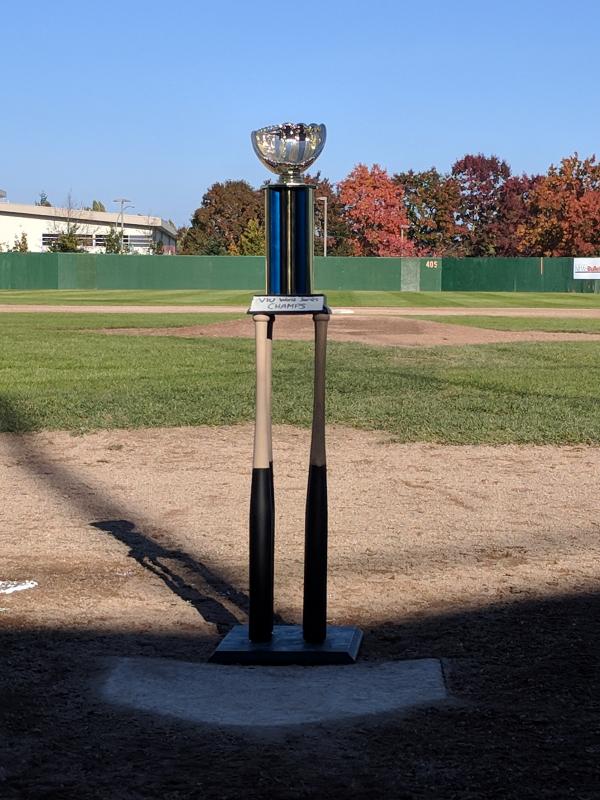 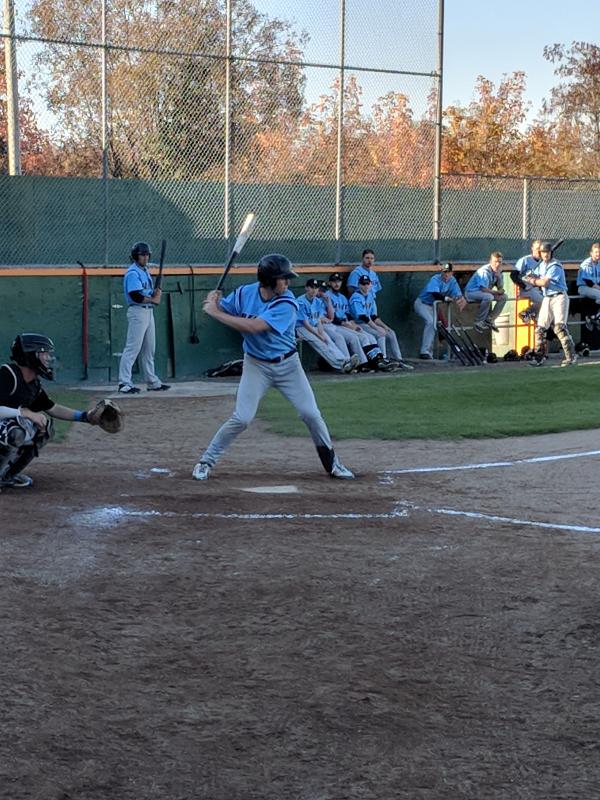 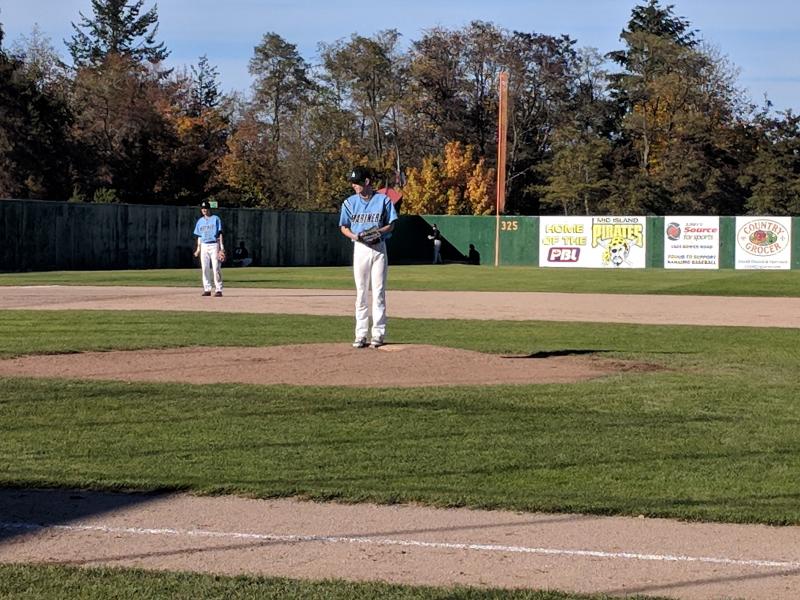 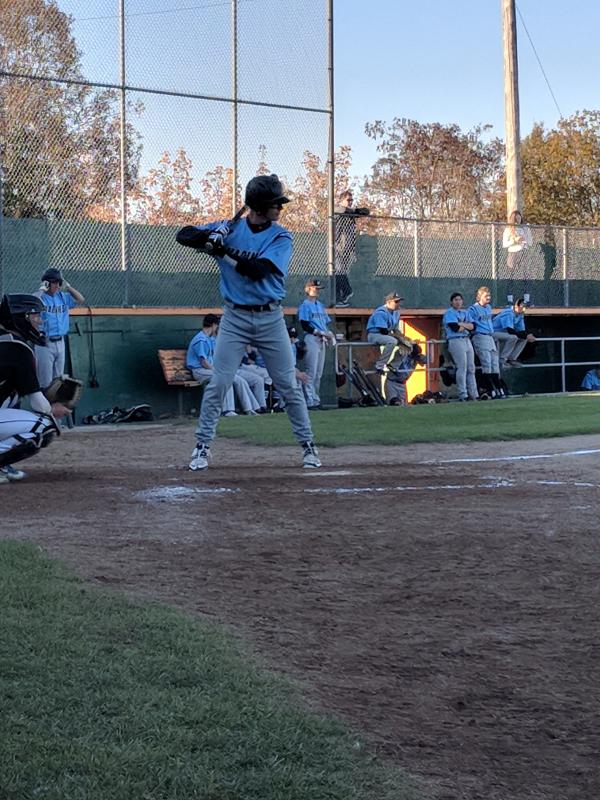 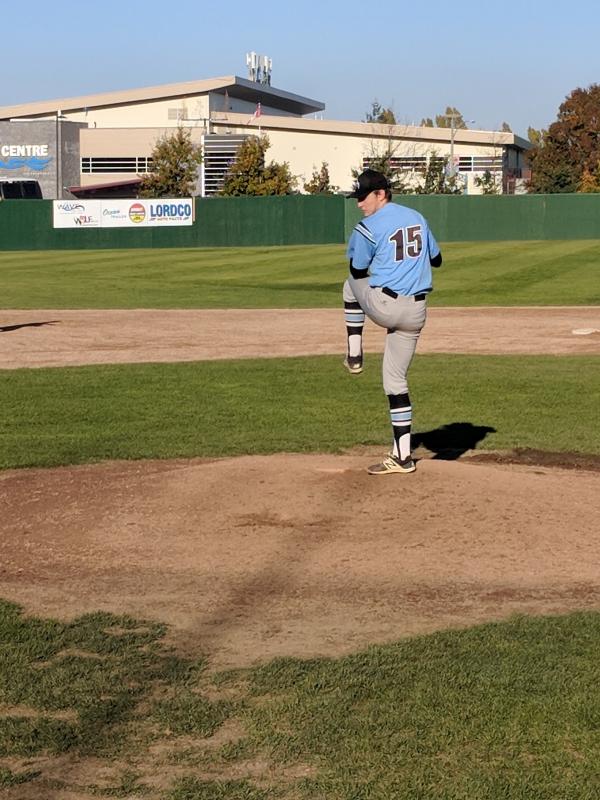 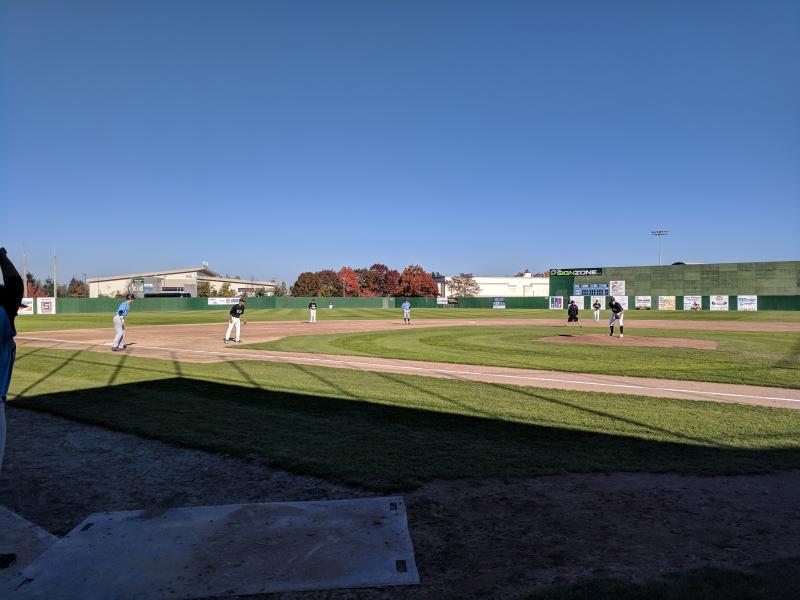 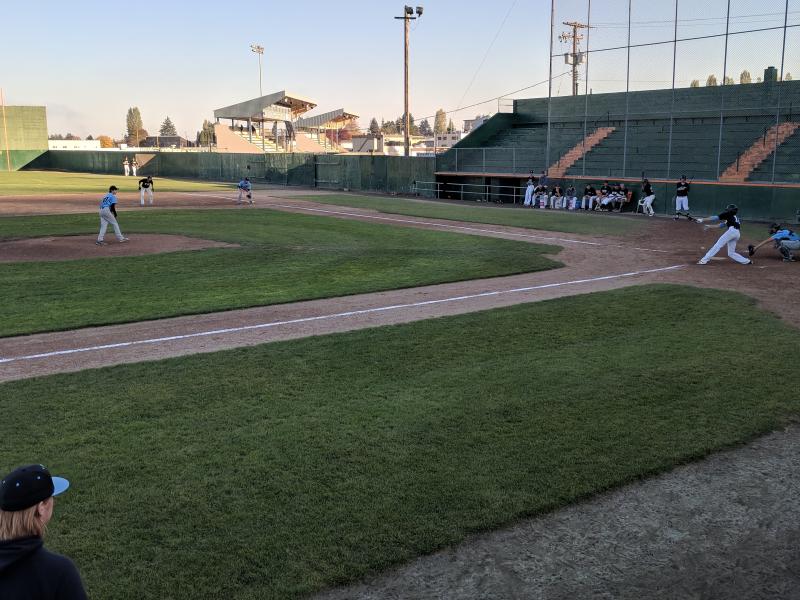 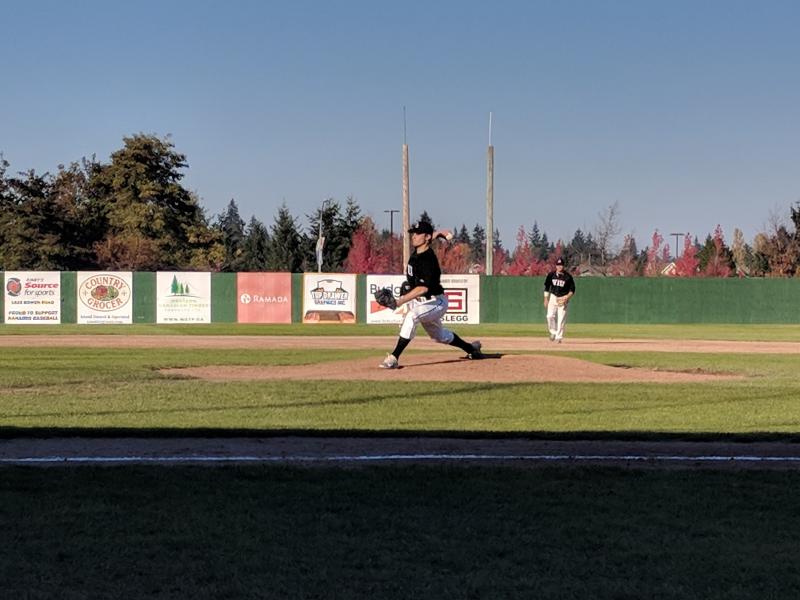 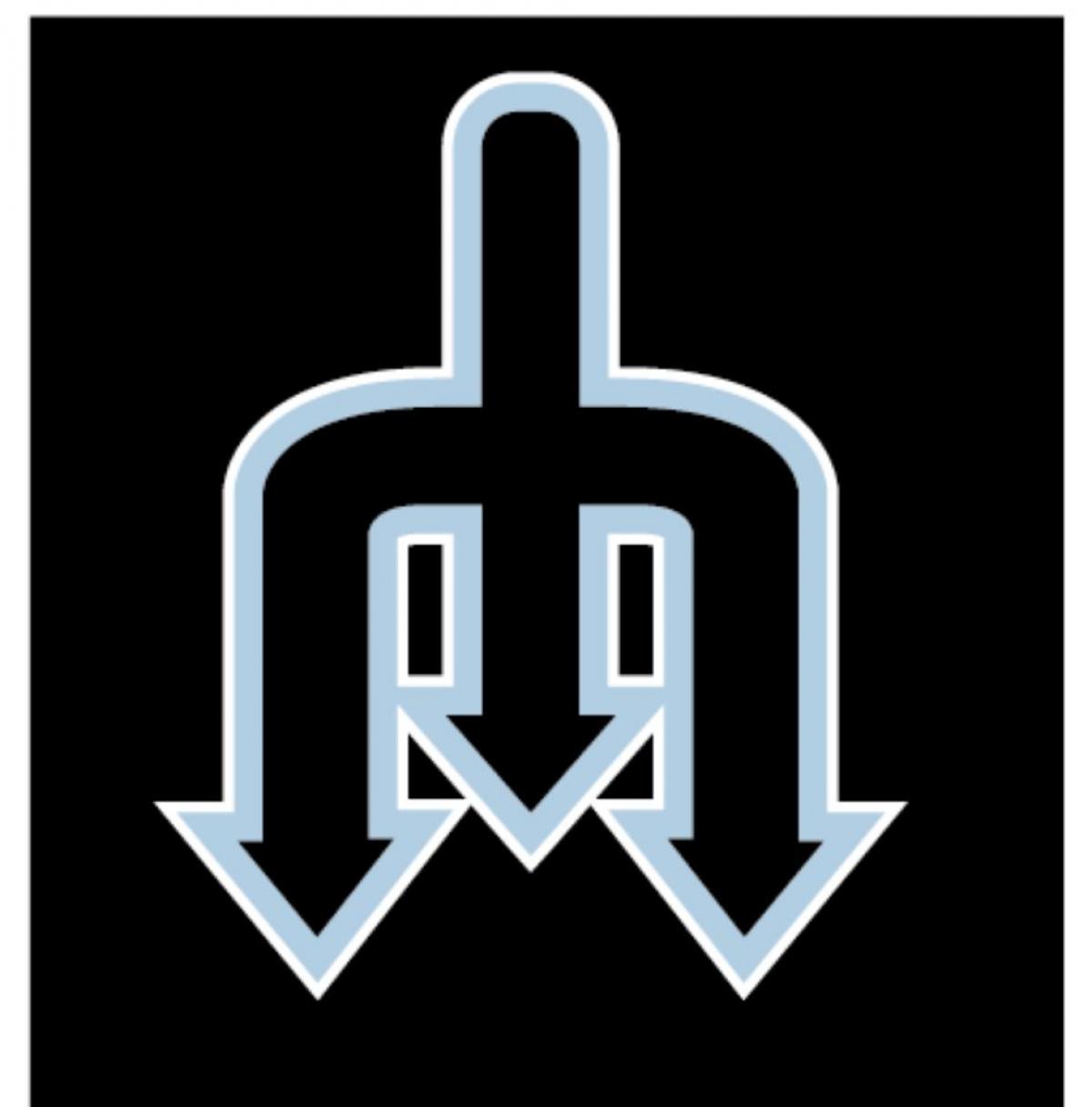 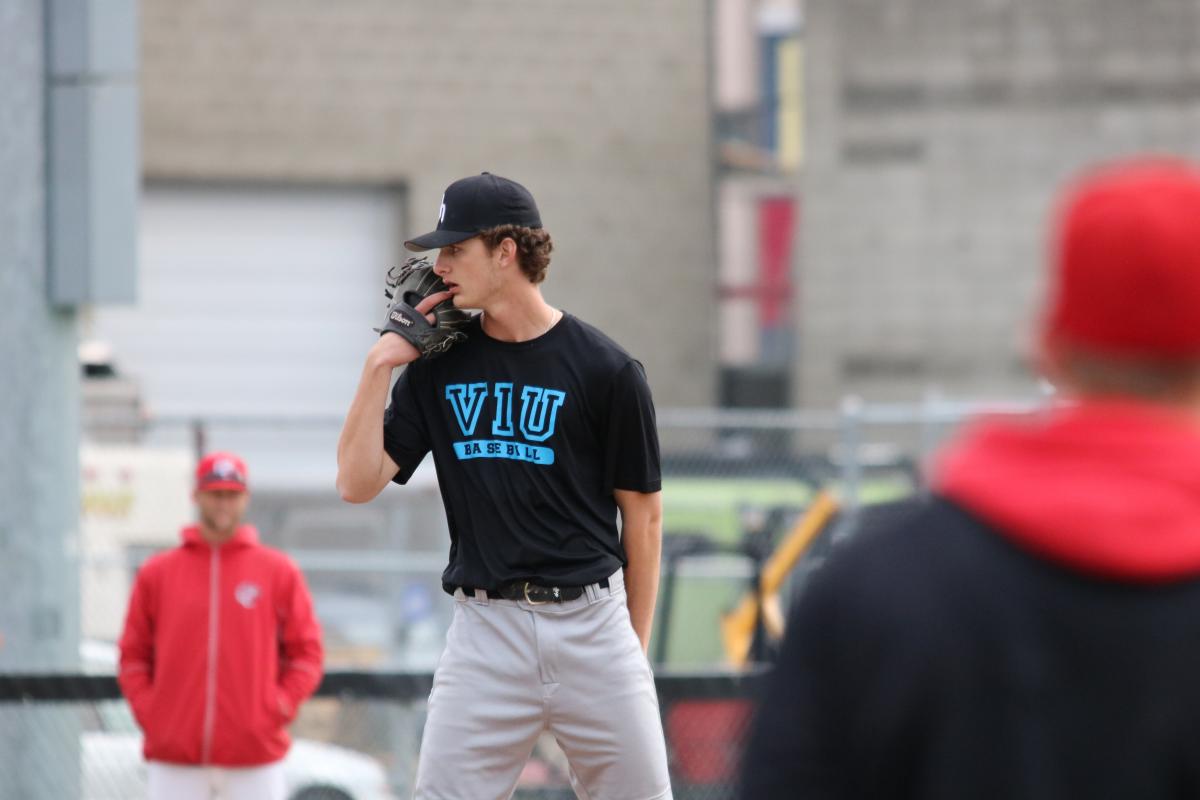 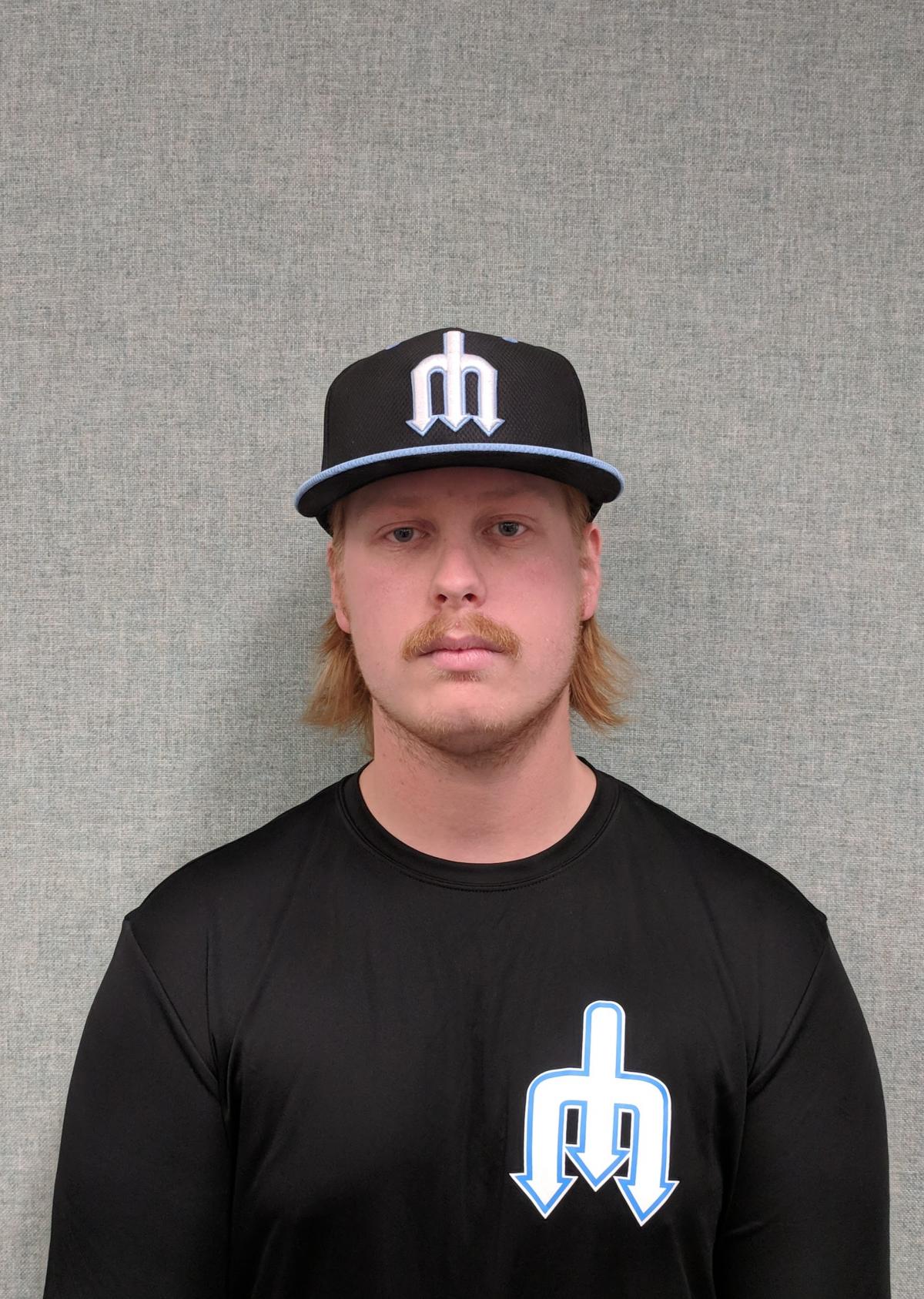 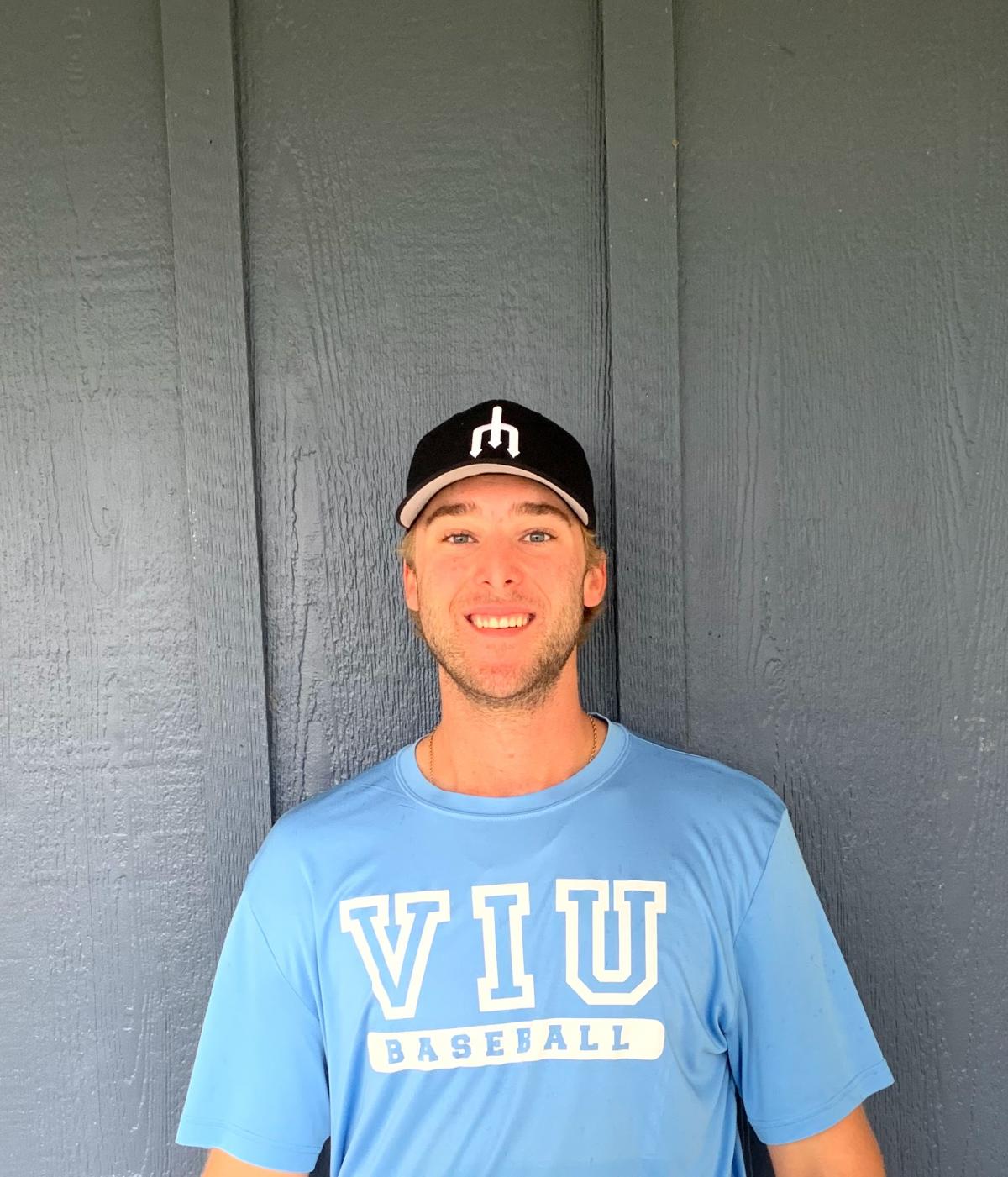 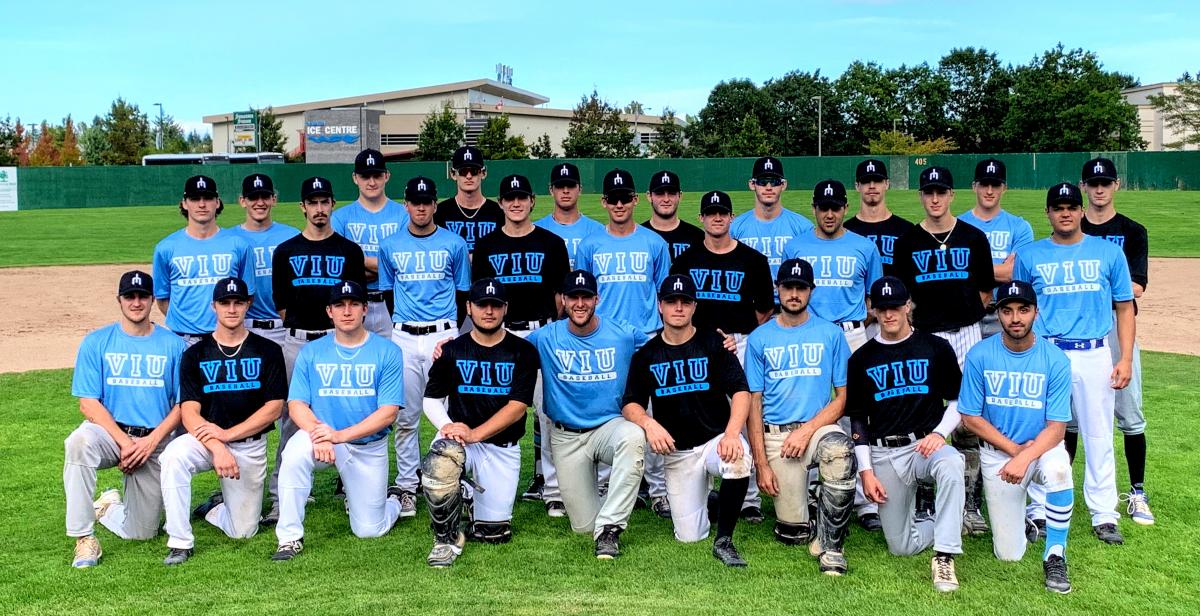