The Iowa Force took on the Flyers Pro Elite team in Elsberry, MO on June 11th. In what was a back and forth offensive shootout, the Flyers got the last push to win the game 104-91.

After the first quarter, the Force had jumped out to a 23-20 lead behind 8 points from Alison Nagel and 7 from Rebecca Kramer. The Flyers would take a 46-43 lead into halftime. The Flyers would go on to win the high scoring game 104-91.

Rebecca Kramer, Alison Nagel and Charmaine Bell all put on shooting clinics in the game to help push the Force to 91 points. Kramer had 19 points, Nagel had 23 points and Bell had 21 points. The entire Force team would combine for 19 3-pointers in the game. Kramer made 3, Bell made 5, Nagel made 3, Annessa Rosch added 2, PeeWee Porter made 4, and the newest addition to the team, Brittany Robinson, made 2.

With both the Flyers and the Force sitting in the top 4 of the Midwest Region standings, there is a possibility for both of these high-scoring offenses to meet again in the Regional Tournament on July 23. The next home game for the Force will be Saturday, June 25th at 7:00 p.m. in Des Moines against the Nebraska Strikers.

Force Lose Tough One to Surge

Countdown to
Next home game vs Midwest Flyers 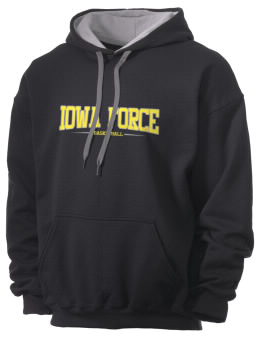